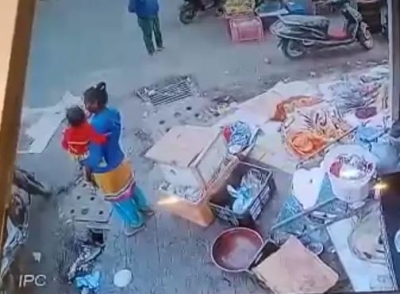 Ahmedabad– Despite passage of 48 hours, the Gujarat police is groping in the dark to find the whereabouts of two infants, including a month-old baby boy, kidnapped in different places.

While the infant boy was kidnapped from the Dhanpur Community Health Centre (Dahod district), a one-and-a-half-year-old girl went missing from the old city area of Surat.

Rekhaben Tehad (32), in her complaint with the Dhanpur police station, stated that she had gone to the Dhanpur Community health center for a family planning surgery along with her three children. When she was taken to the operation theatre, her two older sons Dilip and Rohit were taking care of their baby brother.

Post operation, she learned from her sons that a woman approached them and gave them Rs 20 asking them to buy biscuits. When the boys returned, the woman said she was taking the infant for breastfeeding as he was crying of hunger and never returned. The incident took place on Saturday.

Incidentally, the same day, a-one-and-a-half-year-old girl was kidnapped from Surat. Deputy Commissioner of Police Bhagirath Gadhvi told media on Monday that a woman named Shardaben has lodged a complaint stating one woman, who had identified herself as Rekhaben, had kidnapped her infant daughter.

Officer said some 10-15 days ago, Rekha had come in contact with the complainant, who started visiting the family and playing with the kids daily.

Police have formed teams and based on CCTV footage, the alleged accused has been identified and a search is on for her. (IANS)