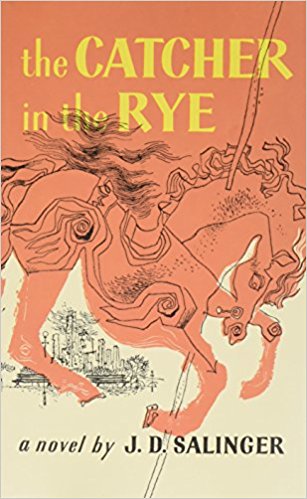 The human race displays an infinite capacity for dividing itself into various categories — justified or not. But one rather interesting differentiation is in the (figurative) eyeglasses people use to see their world, with their lenses’ colour ranging from rose to jaded (or being particularly effective sunglasses). It may be a matter of opinion if the cheery or gloomy outlook is better, but the latter scores higher in one respect at least.

That is in literature, where being melancholy is a more alluring and desirable trait. A character displaying a melancholic mien strikes a better chord, due to appearing more realistic — given what we know of fortune’s fickleness, the indifference of nature, and the perils of hope — and more immune/immured to the big and small betrayals of life.

For every happy-go-lucky Pollyanna, there is a Holden Caulfield (from “The Catcher in the Rye”) who, at one stage, feels any positive sentiments are “phoniness”; or Sherlock Holmes, who at the onset of one of the sordid cases he deals with, observes: “But is not all life pathetic and futile?… We reach. We grasp. And what is left in our hands at the end? A shadow. Or worse than a shadow — misery.”

And then are many more across all possible genres. Be it the old Transylvanian count who tells his young English visitor: “I am no longer young; and my heart, through weary years of mourning over the dead, is not attuned to mirth”, or another of that irrepressible raconteur Mr Mulliner’s innumerable, problem-stricken relatives in “Portrait of a Disciplinarian” (of “Meet Mr Mulliner”), who ruminates that he had a “temperamental antipathy” towards pleasant weather and a “temperamental affinity” towards sleet, hurricanes, earthquakes and plague.

Take the Marshwiggle from C.S. Lewis’s “The Silver Chair” (of the Narnia series), who shows his outlook right from his introduction, telling his human companions: “Puddleglum’s my name. But it doesn’t matter if you forget it”, or Confederate cavalry officer Dusty Fogg’s sergeant major Billy Jack (in J.T. Edson’s Civil War novels) who is utterly convinced every mission is doomed and/or he will be killed or badly injured (…Likely I’ll be dead from my hurts come morning”).

Let us take three of the most famous, from Shakespeare to science fiction.

From the Bard’s quill, it can only be “Melancholic” Jaques of “As You Like It”. As per essayist William Hazzlitt, he is “the only purely contemplative character in Shakespeare. He thinks, and does nothing. His whole occupation is to amuse his mind, and he is totally regardless of his body and his fortunes. He is the prince of philosophical idlers; his only passion is thought; he sets no value upon anything but as it serves as food for reflection…”

Jaques gets some of the best lines, whether he is declaiming what is rendered as “Seven Ages of Man”, or “And so, from hour to hour, we ripe and ripe/And then, from hour to hour, we rot and rot;/And thereby hangs a tale”, and best, that cynical parody of “Under the Greenwood Tree”: “If it do come to passe, that any man turn Ass: Leaving his wealth and ease, A stubborn will to please, Ducdame, ducdame, ducdame: Here shall he see, gross fools as he, And if he will come to me.”

Asked what ducdame means, he quip its a Greek invocation to summon all fools into a circle.

Being melancholic is not just an adult trend — take the donkey Eeyore from “Winnie-the-Pooh”.

Living in the southeast corner of the Hundred Acre Wood, in an area labelled “Eeyore’s Gloomy Place: Rather Boggy and Sad” (as per the book’s map), he is pessimistic, and depressed, but also caustic and sarcastic, who doesn’t think much of the other animals. He also doesn’t expect too much of himself and therefore remains quiet for most of the time despite being quite knowledgeable.

But the outstanding representative is Marvin the Paranoid Android from Douglas Adams’ cult “Hitchhikers Guide to the Galaxy” series.

The robot aboard the starship “Heart of Gold”, he was one of prototypes of Sirius Cybernetics Corporation’s Genuine People Personalities technology, which succeeded too well — for he suffers from severe depression and boredom, having a “brain the size of a planet” but is never allowed to use it, being used for mundane activities.

Suffering vicissitudes galore, including being abandoned, rusting and ending up 37 times over the planet’s age, Marvin is pretty vocal about it with some snarky comebacks apart his catchphrase “I think you ought to know I’m feeling very depressed”.

But the best is: “Life, loathe it or ignore it, you can’t like it.”

Did Marvin know something we don’t or want to think about? (IANS)