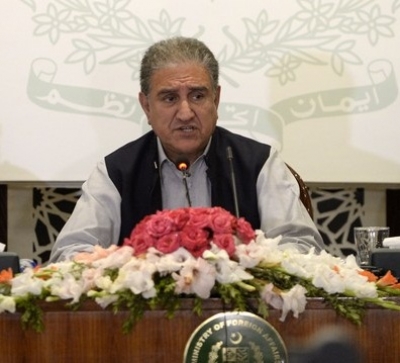 He claimed that India is depriving Indian Muslim girls from getting education just because they want to attend their classes wearing their religious headgear.

“Depriving Muslim girls of an education is a grave violation of fundamental human rights. To deny anyone this fundamental right & terrorise them for wearing a hijab is absolutely oppressive. World must realise this is part of the Indian state plan of ghettoisation of Muslims”, he said in a tweet.

It is not the first time that Pakistan has sought to express its opinion on India’s internal affairs. Indeed Qureshi himself has been known for freely making comments on India’s internal matters, especially on Kashmir, at various international forums. (IANS)