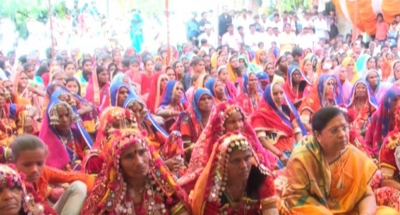 New Delhi– Prime Minister Narendra Modi on Sunday said that women in India are reaching new heights in different fields and they are dispelling old myths.

Referring to the International Women’s Day on March 8, he said that the women in the country have taken the lead everywhere whether it is Skill India, Self Help Group, small or big industries.

“From Parliament to Panchayat, women are reaching newer heights in different fields. In the Army too, daughters are now taking responsibilities in new and bigger roles and are protecting the country,” he said in his monthly radio programme ‘Mann ki Baat’.

He also said that on Republic Day in January, the daughters were flying modern fighter planes. The country also lifted the restrictions on the admission of daughters in Sainik Schools, and daughters are taking admissions in those schools all over the country, he added.

Noting that in the recent years, thousands of new startups began in the country and about half of these startups have women in director roles. “In the recent past, decisions like increasing maternity leave for women have been taken. The country is trying to give equal rights to sons and daughters by fixing a common age for marriage,” Modi said further.

“All these major changes happened because of our social campaigns like the success of ‘Beti Bachao, Beti Padhao’… today the sex ratio in the country has improved while the number of girls going to school has also improved and now it is our responsibility that our daughters do not drop out of school,” PM Modi said.

Similarly, women in the country have got freedom from open defecation under the ‘Swachh Bharat Abhiyan’ while the social evil like triple talaq is also coming to an end, he further said.

“Ever since the law against triple talaq has come into being, there has been a reduction of 80 per cent in triple talaq cases in the country. This change is coming because women themselves are now leading the change and progressive efforts in our country,” Modi said. (IANS)