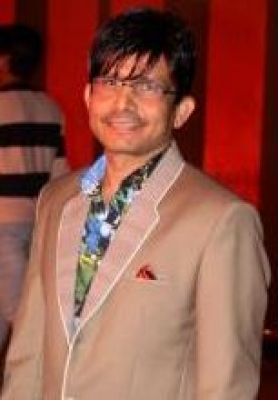 Mumbai– Actor-turned-film critic Kamaal Rashid Khan, better known as KRK, who was arrested on Monday for a 2020 tweet, has done a few Bhojpuri films and just two Hindi films in his career

One, the action-thriller ‘Deshdrohi’ and the 2014 runaway hit ‘Ek Villain’, where he had a cameo appearance. Nevertheless, he is a social media star commanding a vast loyal following.

In fact, ‘Deshdrohi’ is one of the worst films that one could ever think of and that could give nightmares to the likes of Alfred Hitchcock, Akira Kurosawa and Francois Truffaut over its outrageous content, pulpy writing, bad acting and everything bad that one could think of.

But, if the logs of Torrents are put to audit, ‘Deshdrohi’ will secure a spot among the most downloaded films and the ones with the highest number of seeds, thanks to hostelites and engineering students.

The film is so bad that it’s good, it can well spill into Kanti Shah’s ‘Gunda’ and ‘Loha’ universe, and nobody will bat an eyelid.

But then, why has KRK, who was arrested from Mumbai airport for controversial tweets dating back 2020 over late actors Irrfan Khan and Rishi Kapoor, on Monday, become a phenomenon over the years?

The answer is pretty simple, he has followed the same path as Rakhi Sawant to stir the pot with his statements and remarks, he even went to the ‘Bigg Boss’ house during the show’s third season.

To seek attention, KRK often engages in passing comments over actresses that are in bad taste. Back in 2014, he tweeted that no Bollywood actress had a posterior to match Kim Kardashian’s after the global reality TV star, wearing nothing but a pearl necklace and gloves, put her oiled-up buttocks on display for ‘Paper’ magazine (where, incidentally, Ranveer Singh recently posed in the buff and got into trouble).

“I can’t understand why no actress in Bollywood has butt like Kim Kardashian. It’s totally disappointing,” KRK had tweeted back then.

He didn’t stop at that as he went on to conduct a survey, patently in poor taste, about Bollywood actresses with big derrieres.

Soon after, he was called out by Sonakshi Sinha (who deactivated her Twitter in 2020 after backlash over starkids following Sushant Singh Rajput’s death) over this distasteful tweet. The actress schooled him as she tweeted, “Please RT this if you think @kamaalrkhan is a woman disrespecting waste of space and deserves to be hung upside down and given 4 tight slaps (sic).”

Sonakshi’s tweet went viral within minutes and drew huge support and flak for KRK over his sexist remarks but, that’s what KRK looks for and feeds on.

The growing social media impressions and engagement is the fodder for KRK, who has built his career first by passing such remarks and later by attacking Bollywood and the Hindi film fraternity in his so called ‘reviews’ as he later turned into a film critic.

KRK’s recent arrest is not his first brush with the law. Last year, Bollywood superstar Salman Khan filed a defamation suit against KRK demanding that contempt action be initiated against him after he put out reviews of Salman’s ‘Radhe’ that had just been released back then.

But, every FIR, every legal action emboldens KRK to continue with his antics after he initially seeks apology in response to legal proceedings. KRK’s rise can well be a case study of how one can still reach the top despite poor job and social media trolling just because one has a huge following, most of whom follow him for guilty pleasure. (IANS)