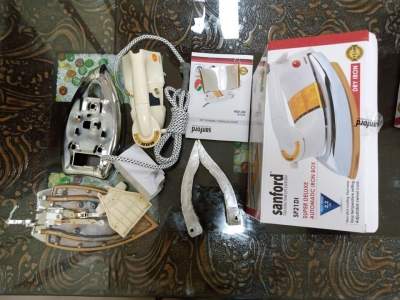 A confidential note of the Indian Customs suggested all preventive teams deployed at the airports and sea ports to keep an eye on all types of gadgets and hi-tech tools even if they have minimum cavity space.

While the gold smuggling cartel of Kerala, recently busted by the Customs, used diplomatic consignments to smuggle large quantities of gold, other syndicates preferred to use home appliances to push drugs and yellow metal through green channels.

An alert Customs superintendent at the Amritsar airport got suspicious when four passengers, carrying juicers-grinders and automatic iron presses, tried to skip through the green channel on the night of July 16. The official also noted a set of hand held drilling machines brought by the passengers who landed from flight IX 1192 from Dubai.

The reports of the Amritsar Customs reviewed by the IANS said that once the drilling machines were unscrewed and all its parts were knocked down, the officials discovered gold concealed in small packings.

Two sets of Sanford auto-irons were also dismantled. In the base plates, concealed yellow metal was found. Juicer-grinders, a common home appliance item brought in from flights arriving from Dubai, were also unboxed. The report said that more than 8 kg gold, concealed in these appliances, was recovered from the passengers who were later arrested.

The drug cartels are eying Covid care materials to smuggle cocaine, marijuana and other contraband drugs. Early this week, Delhi Customs had seized a large quantity of marijuana being smuggled from the US. The marijuana was concealed in a packing declared as consignment for N-95 face masks.

On June 17, Delhi Customs had recovered contraband narcotics worth over Rs 30 lakh brought from the US. This time the drugs were concealed inside computer servers.

In Kerala, a gang of gold smugglers peddling gold paste was unearthed at the Kannur Airport, which used to conceal the precious metal in paste form in clothes, mostly jackets and jeans.

Smuggling gold in “paste form” is a new way adopted by the crime syndicates to clear X-ray machines installed at various international airports and seaports in India, a Customs Commissioner told IANS.

According to him, smugglers first convert gold into powder and then produce its compound in paste form. Around 700 gm gold can be retrieved from 1 kg of paste through a chemical procedure. The smuggled gold in pure form is later sold in the market. (IANS)