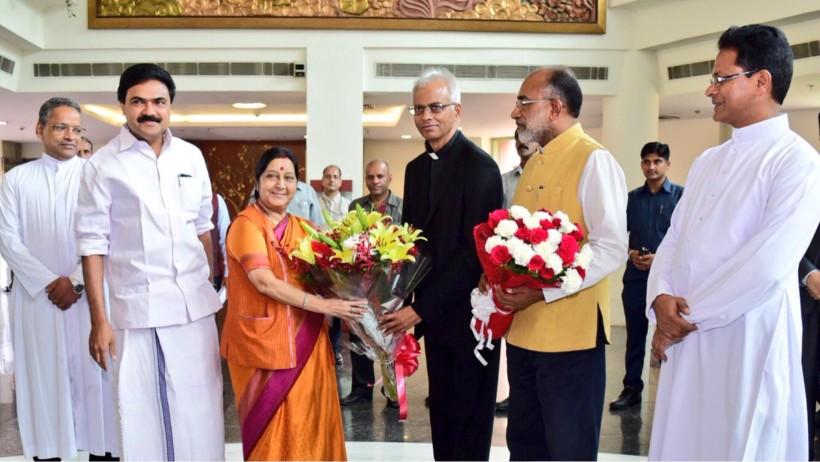 New Delhi– Not in the least angry with his captors, Father Tom Uzhunnalil, who was released by ISIS terrorists from an undisclosed location in Yemen, said on Thursday he prays to God that He be gracious to them.

“I pray for those who kept me…that god may realise how they took care of me, inasmuch as they gave me food, inasmuch as they did not hurt or torture me,” Father Tom told reporters here. Earlier in the day, he also met Prime Minister Narendra Modi.

Kerala priest Father Tom was released earlier this month by his captors after more than 18 months. He was kept blindfolded for most part during his captivity and held at more than one location.

“God be gracious to them… There’s goodness in all of us,” he said.

When asked by a reporter whether he was suffering from “Stockholm Syndrome”, he said he didn’t know what it meant. Nor did he know, he said, whether the people who held him captive were from the terrorist group ISIS.

Stockholm Syndrome refers to a feeling of trust or affection felt in many cases of kidnapping or hostage-taking by a victim towards a captor.

He also said that he doesn’t have any clue if any ransom was paid for his release.

The priest, who had flown first to the Vatican City after his freedom before coming to India, said he never felt scared for a moment during his confinement.

“Thank god I never cried. I never shivered. I never thought I was going to be killed in this moment or next… He will never abandon us provided we fulfil the mission he has chosen for us,” he said.

“Nothing will happen without His (God’s) knowledge, whether pleasant or painful. He must be permitting it… Only he knows what it means… Through this experience, I have come to realise that I belong to the world,” he added, saying he was grateful to all who prayed for his wellbeing and freedom.

In March 2016, militants had barged into the care home for the elderly set up by Mother Teresa’s Missionaries of Charity in Yemen’s Aden and shot dead many, including four nuns, among whom one was from India.

Father Tom was only one who was taken away by the terrorists and held in captivity by them till he was released.