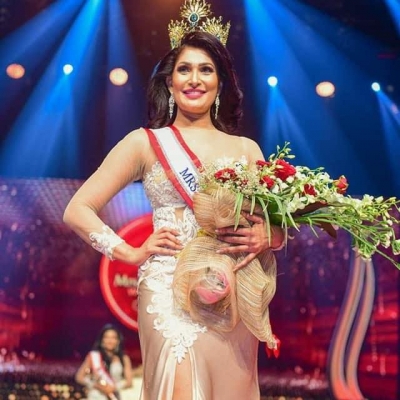 Colombo–Caroline Jurie, the 2019 winner of the Mrs. Sri Lanka who tried to seize the crown of this year’s winner Pushpika De Silva leading to a brawl on stage, has been arrested over the incident, local media reported on Thursday.

Police Spokesman DIG Ajith Rohana confirmed that along with Jurie, who is the current holder of the “Mrs World” title, former model Chula Padmendra was also arrested, the Daily Mirror newspaper reported.

Rohana said the police is currently recording statements from the arrested suspects.

The Daily Mirror report said that Jurie has refused to apologize to De Silva.

Meanwhile, De Silva has also refused to settle the matter without an apology.

The fiasco broke out on Sunday night after De Silva was named the winner of the pageant held in Colombo.

Moments later, Jurie seized De Silva’s crown, claiming she could not be awarded the title because she was divorced, the BBC reported.

“There is a rule that prevents women who have already been married and are divorced, so I am taking steps to make the crown go to second place,” Jurie told the audience.

She placed the crown on the runner-up, prompting a De Silva to walk off stage, a video of the incident showed.

The organisers have apologised to De Silva, who says she is separated, but not divorced. The title has also been returned to her.

In a Facebook post, she said she went to hospital to be treated for head injuries after the incident. (IANS)