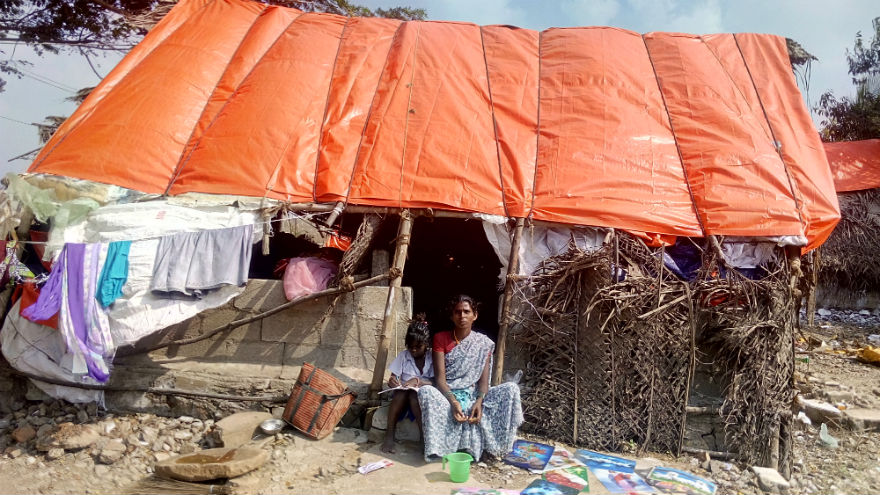 This is the part-III and the final recollections of my working on relief operations in Chennai.

“This too shall pass”, was something that many people affected by the Chennai floods kept telling themselves in the days following the flood. And they were right. The city is coming back to normal, the hot sun is shining down on the city and for many the endless days and nights of rain has already become a distant memory.

While I wrote about my experiences working in the flood affected areas in Part 1 and the valuable lessons in strategy I learned in Part 2, in this part I want to share some very strange things I saw or heard through people — things that convinced me that truth is stranger than fiction.

One of the areas I visited on the outskirts of Chennai was a low lying area that filled up with water so fast that the residents had to literally run for their lives. One such person was an auto driver, a father of 3 little kids (4 years, 2 years, 6 months). He told me that when the water level started rising he placed his 2 older kids on top of his auto and ran in to bring his wife and baby. By the time he came out the auto was floating in the water with his children screaming on the top. Due to an earlier injury to his foot he was unable to run fast and thought he would lose his two children and had no idea what to do when his shy wife who always walked very slowly, put their baby in his arms and ran faster than he ever could, reached the auto and held on to her children till people came to rescue them. Apparently she has now been nicknamed PT Usha! It is amazing how a mother gets the strength, speed and whatever else is needed when her children’s lives are in danger.

Another area I visited was near Pulicat lake. This area was surrounded by agricultural land. After distributing survival kits, I sat down with the women in front of what was left of their houses, and was listening to them as they told me about their experiences. The houses in the area were completely destroyed and the residents were spending the days trying to repair their houses and the nights in a warehouse down the road. One woman told me they had to leave the area by 6pm as some very large, scary snakes would come by at 6pm! She described in graphic detail how the snakes were mountain snakes they had never seen before and were brought to this area by the flood.

My fear of snakes and the visual the woman created for me made me react in the most embarrassing way possible. I looked at my watch and when I saw it was 5.50pm, I grabbed my bag and ran to the car screaming to the other volunteers that the snakes were coming at 6. My fellow volunteers who were busy slurping hot tea, laughed at me and one of them asked if the snakes had watches on their bodies. At that point I did not care what anyone thought of me … I got into the car and asked the driver to raise all windows and lock the doors. Later on our drive back to the city, after the others had a good laugh at my expense, I asked if it was true that new types of snakes, never seen in the area before, had made an appearance. Most thought it was true.

An interesting story that an experienced relief worker told me on one of our long rides was how fear made people imagine a lot of things that were simply not true. Apparently there were stories of crocodiles floating in the water on the streets. Several people who were rescued by boats, claimed they saw crocodiles in the water from the boats. The claims were believable because the Crocodile Bank, which houses hundreds of crocodiles, is very close to the city and I can see how they may have escaped from their pits when the water level rose.

However, the Bank issued a statement saying all crocodiles were accounted for. And while people have produced some pictures, none of the claims have been verified. Yes, it is all fear playing on our minds … or so I thought till our experienced relief worker told us that all the reservoirs in Chennai and around had one crocodile in them that was deliberately put in there! And there is a very good reason for that, he added. Turtles and tortoises can cause a lot of damage to the walls of the reservoirs, so the cheap way to prevent the damage is to throw in a crocodile into the reservoir. It would eat up all the damage causing creatures and would live merrily in its home! By now you must have guessed it, when the reservoir overflows, what does the poor croc do? It is absolutely possible that the force of the water takes the croc out of its home on to the streets of Chennai… I really don’t know if this happened or not but I can believe it.

The one indisputable truth that I saw and experienced first hand was the extreme volunteerism from the people of Chennai. Youth who normally would spend their weekends lazing at home or enjoying their mom’s cooking were up at dawn, rescuing people, feeding people, saving dogs… and later cleaning up the city, removing trash from the beach so turtles could nest, building houses… and a lot more. The one thing I am convinced about is that Chennai is in the hands of a very caring, dedicated set of people and the youth of Chennai guarantee a great future for the city.