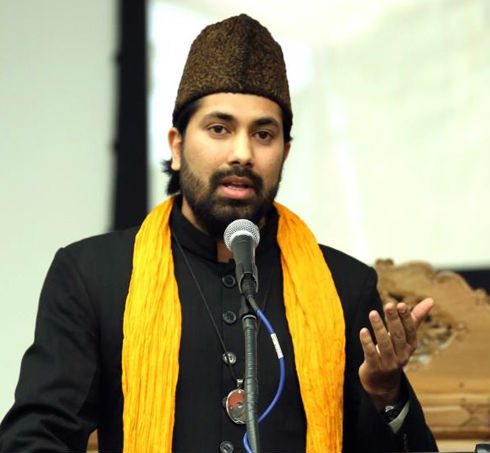 Mumbai– In a recognition of the country’s Muslim community, the second-largest in the world, an Indian has been invited to attend a prestigious conference of the Organisation of Islamic Countries’ Islamic Conference Youth Forum for Dialogue and Cooperation (ICYF-DC).

Haji Syed Salman Chishty of Dargah Ajmer Sharif has been invited to address the ICYF-DC’s Third Islamic Conference of Youth and Sports Ministers opening in Istanbul on October 4.

“This is a great honour for India and Indian Muslims. I shall speak on ‘Empowering Youth for Peace, Solidarity and Development’, which is the main theme of this global conference to be attended by representatives from 52 countries,” Haji Chishty, the 27th direct descendent-custodian of the Sufi saint, Hazrat Khwaja Moinuddin Chishty, told IANS on the phone from Istanbul.

The recommendations of the conference will be included in “The OIC 2025 Action Plan”, encompassing the adoption of the OIC Youth Strategy, he said.

Haji Chishty said that under the leadership of its Secretary General, Iyad Ameen Madani, the OIC has declared youth engagement in the Islamic world as one of its key priorities and the member-states have made investing in youth their main priority.

“This is the first time India — which is home to the world’s second largest Muslim population after Indonesia — has been invited to the OIC forum. In fact, since nearly a decade, India’s application for an OIC membership or getting observer status has been denied due to Pakistan’s objections,” explained the 33-year old Haji Chishty.

He said Russia, which is not an Islamic nation but has a substantial Muslim population, has been granted observer status at OIC. So why should India not get membership or at least an observer status, he wondered.

By current projections, he said, India is expected to house the largest chunk of the world’s Muslim population by 2050 — from the existing 176 million or 11 percent of the world’s Muslims, to over 300 million. India will be followed by its neighbour Pakistan (9.9 per cent), Indonesia (9.3 per cent), Nigeria (8.4 per cent) and Bangladesh (6.6 per cent).

“Under such a changing scenario, it would be unjust for Indian Muslims to be deprived of a voice in a major forum like the OIC to share their aspirations and expectations on the world arena,” pointed out Haji Chishty.

He said the latest development came after pursuing with the OIC authorities for over two years since the last ICYF-DC held in Istanbul in 2014, even as the OIC has acknowledged that one-third of the Islamic population by 2050 would comprise youth.

Haji Chishty is also in communication with the Indian government to revive its application for OIC membership and simultaneously lobbying with the OIC leadership to grant India some kind of formal entry.

Haji Chishty describes the upcoming event as “an excellent window of opportunity to showcase Indian Muslim youth, their achievements, the challenges they face in the future and their role as Indian Muslims on the world stage”.

Contrary to belief, he said Muslim countries have notched an impressive record in terms of youth education with 24 OIC member-states achieving literacy levels of 97 per cent or more.

On the employment front, of the 76 million unemployed youth or 13.1 percent as per ILO in 2013, the situation was alarming in the Middle East at (27.2 per cent) and North Africa (29.4 per cent), with Mauritania and Guyana notching 40 per cent plus figures, he said.

Besides, there are other youth-related issues like early marriages, with 27.3 per cent being performed before the age of 18, with prevalence maximum in Bangladesh (29.1 per cent) and Chad (29 per cent). This needs to be regulated in terms of age and consent for a better future for the youth and their children, Haji Chishty said.