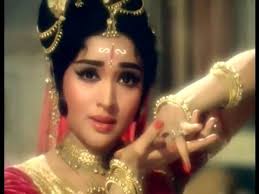 Chennai–The road to power in Tamil Nadu lies through the tinsel world — or so it seems.

In a movie crazy state where silver screen actors enjoy larger than life image, the Tamil film industry has catapulted a few to the very top. Many others have won elections because of their screen popularity.

The latest actor deciding to test out this route is the iconic Rajinikanth. On Sunday, putting to rest two decades of speculation, he announced his political plunge and said he will fight the next Assembly elections in the state.

Much before him, DMK stalwarts like party founder and its first Chief Minister C.N. Annadurai and another former Chief Minister, M. Karunanidhi, wrote scripts for movies that were huge hits and helped the party to grow and grow. 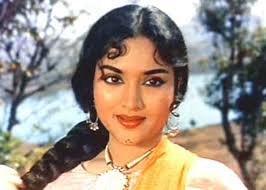 Late actors like N.S. Krishnan and M.R.Radha too were with DMK.

When the legendary M.G. Ramachandran or MGR split the DMK and formed the rival AIADMK, he too was swept to power.

The image he built on screen as a do gooder, a friend of the poor and destitute women and a man minus any vice helped him cross hurdles that established parties found it difficult to overcome.

He was Chief Minister for a decade till his death in December 1987.

MGR’s wife Janaki Ramachandran was also an actor and succeeded him as Chief Minister briefly before paving the way for the hugely successful MGR protege and actor J. Jayalalithaa, who died in December 2016.

MGR’s contemporary and another hugely popular actor Sivaji Ganesan was with the Congress for a while. He later floated his own party, which flopped. He rejoined the Congress.

Popular heroine Vyjayanthimala was elected to Parliament on Congress ticket.

Several actors joined either the AIADMK or DMK and became MLAs or MPs.

Some of them like T. Rajender and R. Sarathkumar floated their own parties but success eluded them.

However, action hero A. Vijayakant’s DMDK party showed promise by garnering around 10 per cent of the vote share.

But it fizzled out in the 2016 Assembly election, with Vijayakant himself losing his seat.

Movie director and actor Seeman has his own party too — Naam Tamizhar Katchi.

Well known actor Kamal Haasan took had taken the politial plunge but has not floated a party yet.

Another actor, Vishal Krishna, tried to contest as an Independent in the recent R.K. Nagar Assembly by-election but his nomination was rejected.

The other actor who has nurtured political ambition is Vijay Joseph, widely known as Vijay.