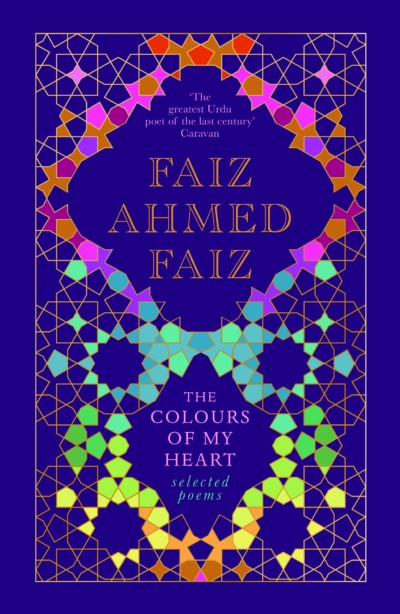 “Maqam, Faiz, koi raah mein jacha hi nahi/Jo kuu-e-yaar se nikle to suye-e-daar chale (No other stage on the way was suitable, Faiz/Emerging from the street of the beloved, I climbed the scaffold)”.

The couplet showcases both passionate motifs — romance and revolution — that can be found in Faiz Ahmed Faiz’s poetry but there is much more too.

There are many other stalwarts with mastery over both key forms — the nazm and the ghazal — of Urdu poetry, but only a few of them are remembered beyond the scholarly or (the rare) connoisseur set. It is Faiz’s versatility, a talent for unique but stirring imagery, and a wide range of subjects (from anti-colonialism to reconciliation after civil war to justice) that helps explain why his name endures — and why he remains relevant to our times.

“While Faiz is widely hailed as a poet of the revolution, it needs be stressed that his love poems are as good as or even better than his poems of protest against tyranny. In fact, many of his poems which can neither be classified as love poems or poems of political activism are as good as any in all of modern Urdu poetry,” says Baran Farooqi in this anthology of his verse.

Take “Subh-e-Azaadi”, a despairing indictment of the blighted conditions in which Independence arrived in the subcontinent, or “Bol”, a simple but elegant paean to free expression — whose relevance in our time is much more now.

But given the level of Urdu proficiency in its heartlands, it is only a few glimpses of Faiz’s work that are known, courtesy musical legends like Noor Jehan, Mehdi Hasan and Nayyara Noor or the efforts of committed — and bilingual — fans.

And Farooqi, a professor of English at Delhi’s Jamia Millia Islamia, addresses both the deficiencies as she seeks to showcase Faiz’s skill to a larger audience by presenting a representative selection of his poetry in a more universal language.

Translating literature, especially poetry, is no easy task, for the cadence of the work and the nuances of the language may not be able to make the transition, but the author, who is an accomplished and experienced translator, does quite a creditable job.

After an incisive introduction that not only acquaints us with Faiz, but also provides the political, social and cultural backdrop, she comes to the matter at hand. Her translations may not rhyme like the originals but do convey their pulsating rhythm and sentiments.

But Farooqi who begins with “This light, smeared and spotted, this night-bitten dawn/This isn’t surely the dawn we waited for so eagerly…”, is up to the challenge, rendering it as: “It’s said the darkness has been cleft from light already/It’s said that the journeying feet have found union with the destination…”

But sometimes, her rendering is not that smooth. Take Faiz’s most-heard nazm “Mujh se pehli si mohabbat meri mehboob na maang” — made immortal due to its use in the Pakistani film “Qaidi”, sung by Noor Jehan and picturised on Shamim Ara.

“What cared I for sorrows other than the joys of pining in your love” does not seem right for “Tera ghan hai to gham-e-dahr ka jhagda kya hai” and “I had thought of it like this, if only like a passing fancy” does not do full justice to “Yun na tha maiune faqat chaaha tha yun ho jaaye”.

And while Farooqi has chosen nearly five dozen ghazals and nazms including virtually all the famous ones — and a few others too, strangely “Ham Dekhenge” and ghazals like “Ham par tumhari chaah ka ilzaam hi to hai” or “Gulon mein rang bhare…” are missing.

This is not the first translation of Faiz, who has even been translated into Russian besides English before, but Farooqi’s version, which has vitally included the transliterations, allows us to appreciate both the cadence and meaning of Faiz’s poetry and is absolutely entrancing. (IANS)