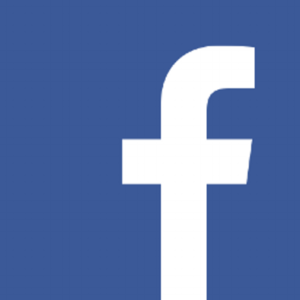 With this mega deal, La Liga will be the first European football league to be broadcast exclusively live on Facebook in the Indian subcontinent.

The period of the deal is for three seasons and it begins with the 2018-19 campaign starting on August 17, Peter Hutton, Facebook Head of Global Live Sports Programming, said.

“La Liga has a very wide global audience and the league has two of the most supported clubs on our platform — Real Madrid and Barcelona. Fans can either go to La Liga page on Facebook and can view any of the matches or they can go on to the Facebook page of their favourite clubs to watch the match. No subscriptions are needed,” he said.

“We are delighted to have the opportunity to expand La Liga’s fan base in India with free live streaming of football games. Apart from the live games, the fans will also have access to see other programmes like studio discussion, preview shows and highlights,” Hutton said, adding that interacting with fellow fans is a very interesting feature that Facebook will offer during the live streaming.

“We wanted to improve our broadcasting strategy with technology — like production, new camera, new angles, new way of viewing football. Facebook shared our strategy. Facebook is the biggest platform with 270 million users, out of which 60 million are interested in football. So Facebook has the perfect features to help us what we want to.”

Cachaza added: “For us it is a great opportunity to give Indian football fans free live broadcast of La Liga games through Facebook. Digital landscape in India is interesting for us. Indian market is ahead of others in terms of digital audience.

“We have seen the growth of digital audience in India whether it is for FIFA World Cup or the Indian Premier League. One out of every four IPL viewers followed the matches on a digital platform. Digital broadcasting platforms are already there.

“We want of be ahead of time. So we think this is the best way to reach out to our audience,” he stated, refusing to reveal the financial figures involved in the deal.

Around 50 million fans watched La Liga 2017-18 season and Facebook aims to make the most of the growing market.

Hutton said that over the course of the next three seasons, they want to learn about sports live broadcasting in the Indian market, though they have the experience of showing live couple of sports championships in the United States. (IANS)