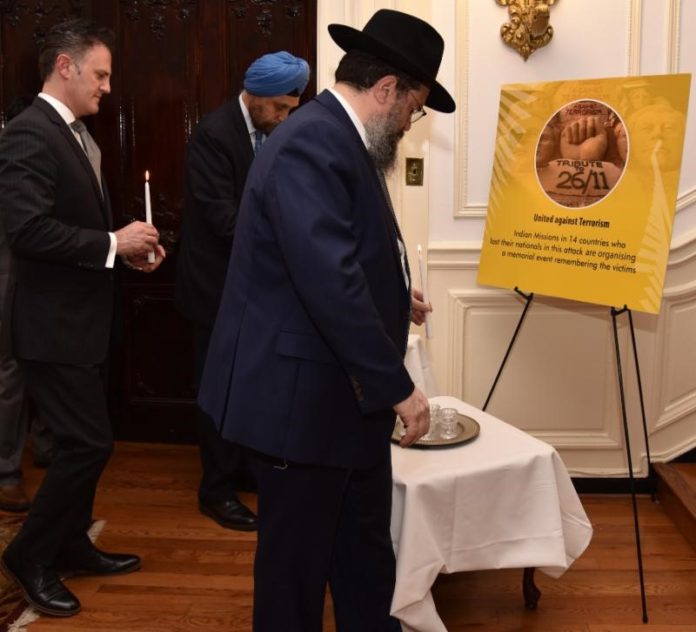 WASHINGTON, DC–Indian Embassy hosted a Solemn event “in memory of the victims of the 26/11 Mumbai terror attacks” at the Embassy of India in Washington DC.

It was attended by Ambassador-at-Large and Coordinator for Counterterrorism in the US State Department Ambassador Nathan A. Sales, Mr. Basant Sanghera and Ms. Jennifer Whethey, Director in the US National Security Council at the White House, Rabbi Levi Shemstov, Executive Vice President, American Friends of Lubavitch (Chabad).

Remarks on the occasion were delivered by India’s Ambassador to the United States, Navtej Sarna, Ambassador Nathan Sales and Rabbi Levi Shemstov.

During his remarks, Ambassador Sarna paid tributes to the innocent lives lost during these attacks which included Indians and citizens from 14 other countries, including those from the United States. He condemned terrorism in all its forms and manifestations and urged the international community to call on Pakistan to bring the perpetrators of this heinous terrorist attacks to justice. He thanked the US State Department for instituting a “Rewards for Justice” programme announcing a bounty for any information leading to arrest or conviction of any individual involved in planning or facilitating the 26/11 Mumbai terror attacks. 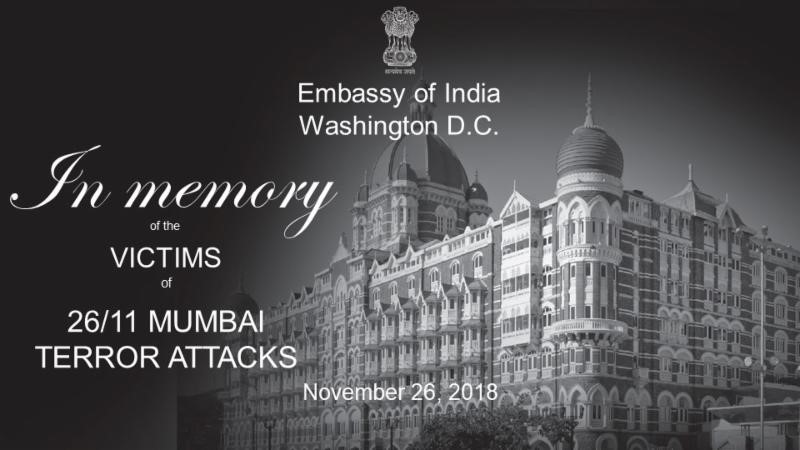 To honour the memory of the victims, a moment of silence was observed by the attendees followed by lighting of candles. Extracts from an article written on this occasion by Ms. Kia Scherr, Co-founder of a charity ‘One Life Alliance’ and a family member of US victims in this tragedy, was also read out on the occasion. The event concluded with the screening of HBO documentary on 26/11 Mumbai attacks, titled ‘Terror in Mumbai’.

The event was attended by a broad cross-section of leaders from various communities in Washington DC, including the Indian-American community and the Jewish American community. The representatives of the US Congress, media and think tanks were also present during the event.