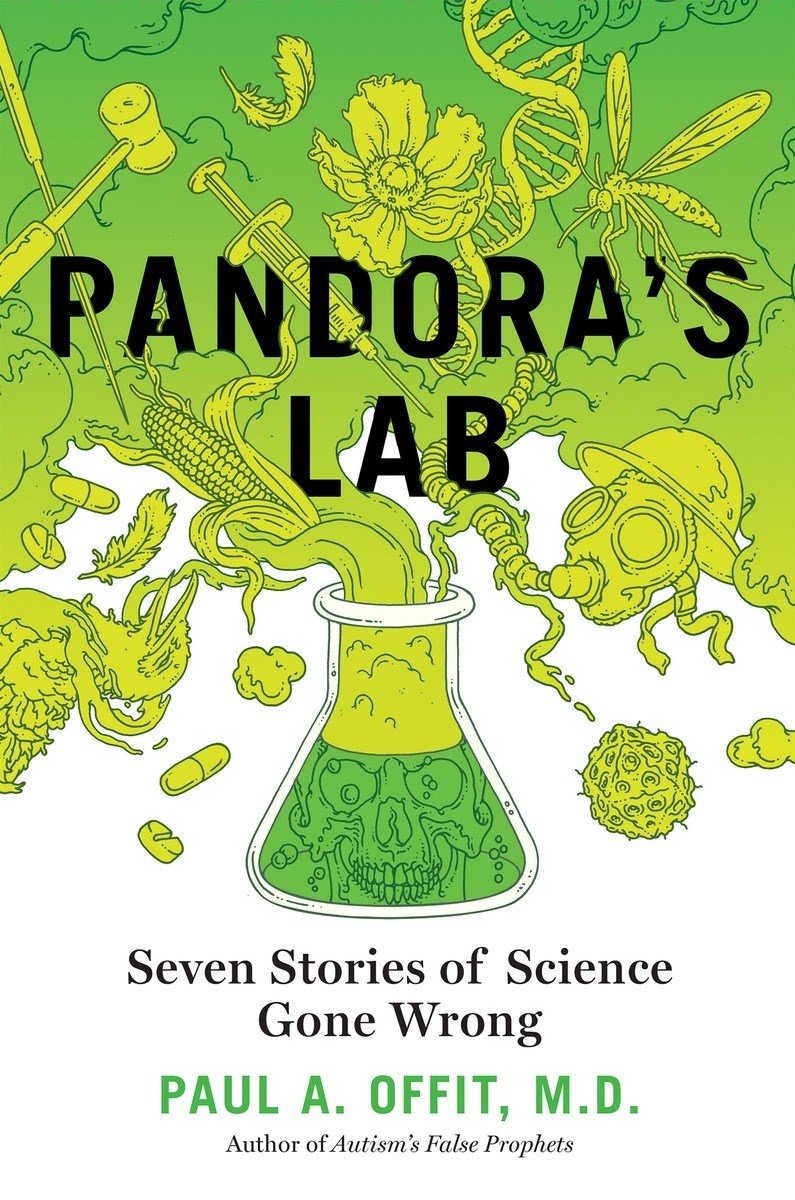 Science makes our life easier, healthier and longer — but not always. For like all human creations, it is a double-edged weapon that solves one problem but may create another, preserves but also degrades, and protects but also destroys. But is it only science, our facility to understand ourselves and our world and change it, that deserves blame?

Or it is the people who use (or misuse) it to their own ends, either by a genuine desire to do good (as they may see it) or a failure to heed possible perils by overconfidence, a sense of infallibility or even deliberate design that we must instead hold responsible?

The latter, says author Paul Offit, who draws an analogy with the story, from Greek mythology, of Pandora (who unleashed a series of evils into the world) to recount seven cases where science was not a saviour — despite initial benefits. Some of them will be most unexpected.

A doctor of medicine and a professor of vaccinology and paediatrics at the University of Pennsylvania, co-inventor of a rotavirus vaccine and author of more than 160 papers for medical and scientific journals and six books, Offit says he got the idea when he and his son visited an exhibition about 101 world-changing inventions and found gunpowder and the atomic bomb among them.

“This suggested the possibility of another list: ‘101 Inventions that Changed the World — For the Worse’,” he said, adding he canvassed doctors, scientists, anthropologists, sociologists, psychologists, sceptics and friends to provide a list of what they found to be the worst among them and obtained around 50 ideas.

Offit says that, at first, he thought he would limit the list to those which have caused the most deaths, eg explosives, or harm to the environment, eg Freon, but finally plumped for those “that were not only the most surprising (at least to me) but also ones whose impact is still felt today”.

These range from efforts to alleviate pain to trying to preserve the environment to deal with ailments, and he presents how their scientific causes were advanced without proper evidence and the horrible, unintended outcomes that resulted.

Presenting them in a most informative, yet lucid and engaging style, containing insightful sketches of the scientists (or other related stakeholders), and a wealth of small but telling details, Offit introduces the seven deadly issues before dealing with them to perk up our curiousity.

Take, for instance: “In 1901, a German scientist performed an experiment that revolutionised the food industry. A hundred years later, an editorial in the prestigious New England Journal of Medicine stated, ‘On a per calorie basis, (this product) appears to increase the risk of heart disease more than any other macro-nutrient’.”

Or: “In 1916, a New York conservationist wrote a scientific treatise that caused Congress to pass a series of draconian immigration laws… Echoes of this treatise can be heard today when politicians like Donald Trump denounce Mexican immigrants, calling them ‘rapists’ and ‘murderers’.”

In the end, he outlines the lessons learnt from these issues in dealing with a series of current challenges including autism, e-cigarettes, cancer screening, and genetically-modified organisms.

Given how much the seven issues — and others — deal with political choices and decisions, it is inevitable that there will be some political comment, but Offit keeps it minimal, while his judgements and observations are incisive: “All scientists — no matter how accomplished or well known — should have unassailable data to support their claims, not just a compelling personality, an impressive shelf of awards, or a poetic writing style.”

And this is by no means an “anti-science” book, for Offit makes it clear that an instrument cannot be blamed if it is misused. His real target are some very famous scientists, including Nobel laureates, who went on to do or sponsor much bad or lethal science mainly because they could/would not admit they were wrong — or someone else was right.

But the lessons he outlines — like demanding the data, knowing the trade-offs, being cognizant of the biases of the time and cautious of overly quick and easy solutions — are applicable in many other fields too. What makes science better is that it learns from its mistakes. (IANS)