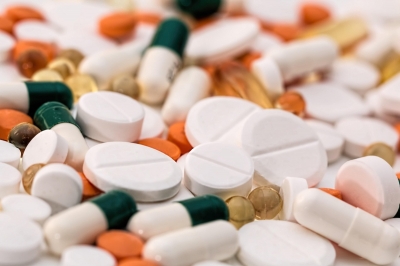 London–Scientists have confirmed the presence of malaria parasites in Africa that can weaken the anti-malarial drug’s ability to quickly treat people with the disease.

Plasmodium falciparum has developed resistance to derivatives of artemisinin — the main component of first-line treatments for malaria, revealed the study published in the New England Journal of Medicine.

The resistance in Africa arose independently of the resistant parasite strains seen in southeast Asia. This means the strains now in Africa can become a ‘super resistant’ parasite.

“The independent emergence and local spread of clinically artemisinin-resistant P. falciparum has been identified in Africa. The two kelch13 mutations may be markers for detection of these resistant parasites,” the scientists wrote in the paper.

The study, conducted in Uganda from 2017 to 2019, focussed on 240 people with malaria who were given intravenous artesunate — a potent derivative of artemisinin — three times over the course of a day, followed by a standard three-day course of ACT pills. Typically artemisinins are administered without partner drugs to people only when they have severe malaria.

Of the 240, 14 participants took longer than 5 hours to clear half of the malaria-causing parasites (P.falciparum), — meeting the World Health Organization (WHO) definition for resistance. People with malaria usually clear half the parasites within a couple hours of treatment with artesunate.

Parasites in 13 of these participants had one of two concerning mutations in their kelch13 gene, which has been linked with antimalarial resistance in southeast Asia, the study showed.

If the resistance continues to spread, the results could be devastating, the study warned.

Meanwhile, China has in June this year, officially been certified free of the mosquito-borne deadly disease by the WHO.

Drugs based on Artemisinin, which was developed in China together with other large prevention and control measures, helped China bring the incidence of malaria from 30 million cases a year in the 1940s to 30,000 a year in the late 1990s, the South China Morning Post reported.

Further, a surveillance and response strategy — known as the 1-3-7 approach — which requires reported malaria cases to be confirmed within one day, investigated by a local public health facility within three days and authorities to have control measures in place to prevent further transmission within seven days was imposed across the country, the report said.

As a result, China has not reported any local transmission since 2017, it added.

While the health care system and basic infrastructure are different in Africa, adapting the strategies can still help the continent with more than 90 per cent of malaria cases and deaths worldwide. (IANS)