Beijing– India will suffer “catastrophic results” if it become a pawn in US attempts to counter China, a Chinese commentator has said.

“If India regresses from its non-alignment stance and becomes a pawn for the US in countering China, it will be caught up in a strategic dilemma and new geopolitical frictions will be triggered in South Asia,” warned a commentary in the state-run Global Times daily.

The warning came as US President Donald Trump and Indian Prime Minister Narendra Modi met in Washington in their first face-to-face encounter and jointly called on Pakistan not to let terrorists use its territory against other countries. 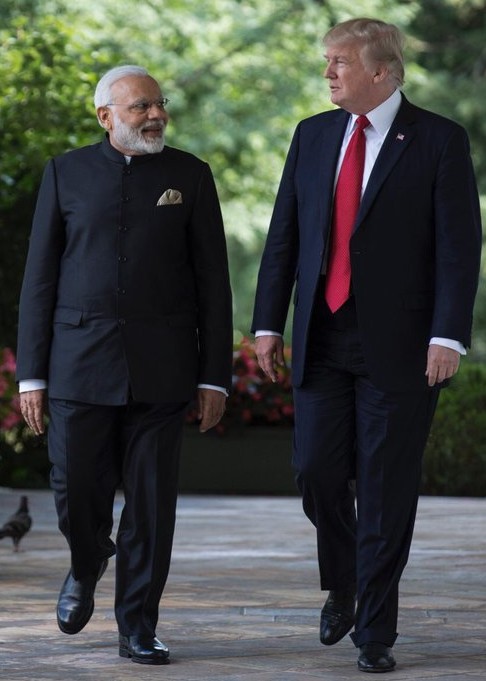 The write-up quoted US think tank Atlantic Council as saying in a policy paper that Washington would need New Delhi to counter Beijing’s growing influence in the world.

The commentary said being a “key piece in the jigsaw for the US” was nothing to be proud of. “Instead, it is more likely a trap that deserves India’s vigilance.

“Washington’s pursuit of closer ties with New Delhi is mainly driven by its strategic need to utilize India as a tool to counterbalance China.

“Washington and New Delhi share anxieties about China’s rise. In recent years, to ratchet up geopolitical pressure on China, the US has cozied up to India.

“But India is not a US ally like Japan or Australia. To assume a role as an outpost country in the US strategy to contain China is not in line with India’s interests. It could even lead to catastrophic results,” it said.

The commentary suggested that it would be helpful for New Delhi to realize its big power ambitions if it can “firmly stand together with China … in striving for more discourse power”.

It pointed out that in the 1950s and the 1960s, both the Soviet Union and the US wanted to play the India card to check China. But the policy failed.

“New Delhi should avoid being roped into a geopolitical trap,” it said. (IANS)