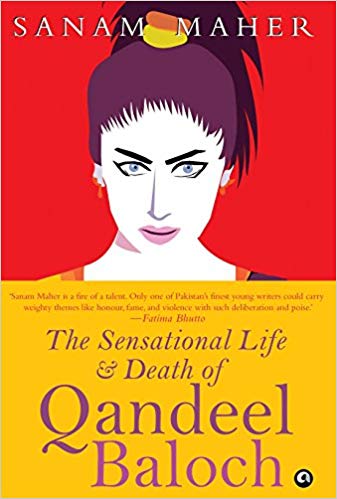 Like a dragon exhaling spurts of fire, the global social media factory has spewed many a fiesty celebrities over time. 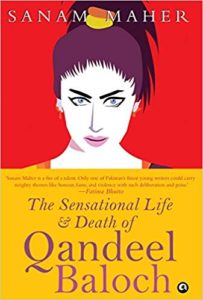 But unlike the Paris Hiltons and Kim Kardashians of the world and India’s own Rakhi Sawant, Pakistan’s Qandeel Baloch, the social media queen of Pakistan, paid for her sudden spurt to cheesy celebrity status with her life in 2016, when she was allegedly murdered by her brother in a bid to preserve family honour.

Karachi-based journalist Sanam Maher’s book “The Sensational Life and Death of Qandeel Baloch” is an attempt to revisit the spectre of Fauzia Azeem alias Qandeel Baloch, her life, the seeds of sensation she peppered in urban Pakistan and the harvest of death which she reaped in return, by outraging her own siblings and the “alarmed” conservatives from her village Shah Sadar Din and the Baloch clan.

The book looks at the life and death of the model-turned-actress-turned social media phenomenon through interviews with and observations of those who knew her.

It is not just a detailed journalistic account of how Fuazia — a “normal” girl — transformed into Qandeel and how Qandeel’s murder eventually became a sensational story of honour killing. The book also tries to examine the fissured soul of Pakistani society, which though mired in orthodoxy and ultra conservatism, is still trying to make sense of the social media boom and seductive liberal infuences seeping in through the online networks.

As Maher stitches together the narrative of Qandeel’s death, she layers parallel narratives of the circumstances in which she was born, lived, transformed, entertained and eventually died.

The effort is also aimed at trying to look at the life and death of Qandeel with alternative perspectives — whether it the deceased’s father, mother, lawyer and a host of other characters — including a reporter who was first to reach the site of murder — who were involved in the story, which was one of Pakistani media’s most documented news developments in 2016.

The portrait of Qandeel as described by the author is not a simple one. A girl born into a poor family of eleven, which included six brothers, in the conservative social reaches of Pakistan’s Punjab province, Qandeel came into her own after she left her husband and became a sought-after celebrity thanks to a failed Pakistan Idol audition, her provocative pranks both on TV as well as on social media, which included flirting with a cleric and publicly promising to do a lap dance for Pakistani cricketer Shahid Afridi, if he won a T20 match against India.

Maher’s work is also in many ways a critique of the power of the social media to “manufacture” celebrities instantly and the pressures which pinball around newfound celebritydom. In Qandeel’s case, the pinball finally stopped with the firm hands of her brother around her throat, clamping her to death. (IANS)