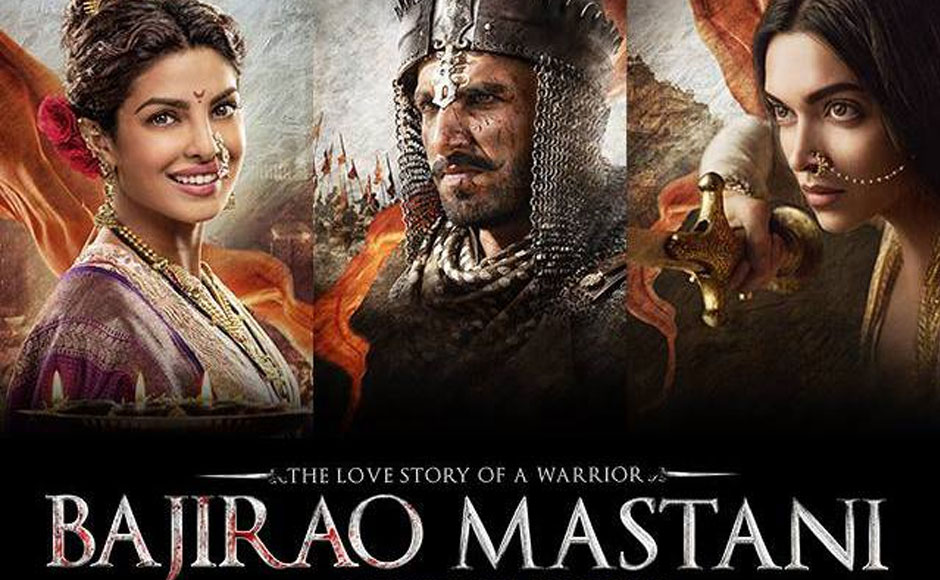 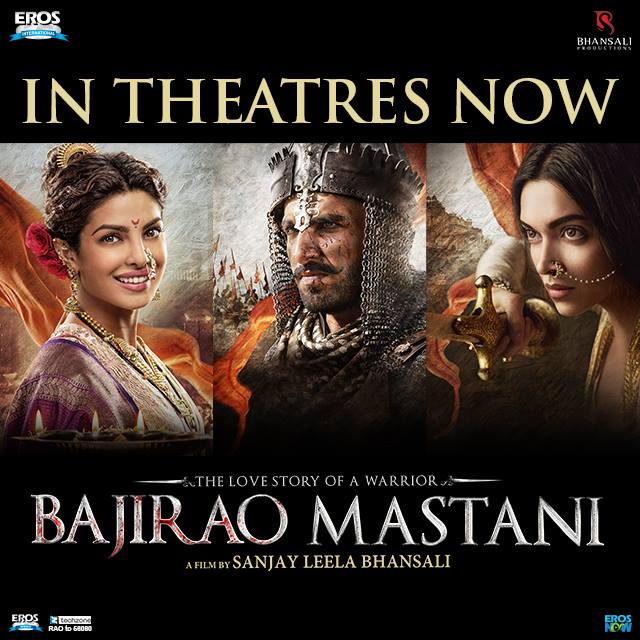 A Pune multiplex cancelled five scheduled shows of “Bajirao Mastani” following a vociferous protest by at least 200 workers of the Bharatiya Janata Party (BJP), who raised slogans against the Sanjay Leela Bhansali directorial. They said the movie, about Maratha warrior Peshwa Bajirao I (Ranveer) and his two wives – Mastani (Deepika) and Kashibai (Priyanka Chopra), has “distorted the historical facts of the Peshwa era”.

“The filmmakers have completely distorted the historical facts of the Peshwa era of the early 1700s and has actually portrayed him in an insulting manner. The people of Maharashtra virtually worship the Peshwas so we cannot tolerate what is being depicted in this film,” BJP’s Pune city vice president Jayant Bhave told IANS.

Bhave said that Peshwa Bajirao I is a highly revered historical figure who helped spread Chhatrapati Shivaji’s empire to other parts of India and remained so busy with his responsibilities that he used to eat his food on horseback during battles.

“He never had the time to fiddle with his hair locks (choti) and dance in public as shown in the film… Similarly, the depiction of his wife Kashibai portrayed by actress Priyanka Chopra is also in poor taste as royalty never behaved in such fashion those days,” Bhave added.

Earlier in Mumbai, a few descendents of the Peshwas had also raised objections to certain things portrayed in the film as distorting historical facts.

Meanwhile, angered by Shah Rukh’s statement on “religious intolerance” in the country, Bajrang Dal activists shouted slogans and opposed the screening of his “Dilwale” in Araria and Patna districts of Bihar. Protests also took place in Ghaziabad, Varanasi, Jabalpur and even in Delhi.

At a theatre in Patna, the activists burnt an effigy of the “Chennai Express” star and threatened to take their protest to different places in the coming days.

The protests notwithstanding, both “Bajirao Mastani” and “Dilwale” have received the audience’s love on their opening day. Most critics have given a thumbs up to the grandeur of “Bajirao Mastani”, while “Dilwale” has won people’s heart with its truly commercial elements.

Mehra tweeted: “It took Indian cinema 55 years to produce another magnum opus of the calibre of ‘Mughal-E-Azam’. #BajiraoMastani is mesmerising. Take a bow Sanjay Leela Bhansali.”

Trade expert Komal Nahta tweeted that the opening day response of “Dilwale” has been more than “Bajirao Mastani”.

“Opening of #Dilwale ranges from good to very good to excellent. Opening of #BajiraoMastani is ordinary to fair, but good at places,” Nahta posted.

The films, which have resulted in a division of screens for each other by releasing on the same day, are still likely to get a good opening weekend. Especially with no big releases lined up for the next few weeks, both the films will have equal opportunities to earn.