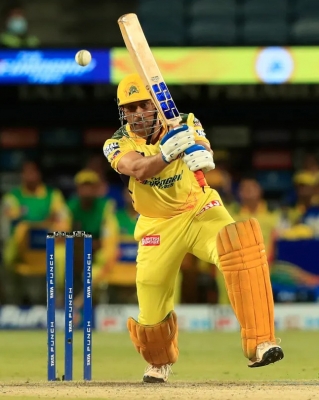 The legendary cricketer is celebrating his 41st birthday with family and friends in the UK and wishes for the former skipper, fondly known as ‘Captain Cool’, are pouring over social media platforms. Fans have flooded Twitter with sweet wishes.

“Many Happy Returns of the Day, MS. This is one time I don’t want you to get anywhere near a century! #MSDhoni,” Anand Mahindra wrote.

Anand Mahindra often talks about the performance of the players on social media. His company also honors athletes, who have won medals for the country in international tournaments.

Anand Mahindra has always been an ardent admirer of Dhoni’s leadership skills as Mahi remains the only captain in history to have won all three major ICC trophies including the ODI World Cup, the T20 World Cup and the Champions Trophy.

Besides that, he has also led Chennai Super Kings to four IPL titles as well.

Earlier in the day, Dhoni’s wife Sakshi shared a video of MSD cutting a cake to ring in his birthday. (IANS)