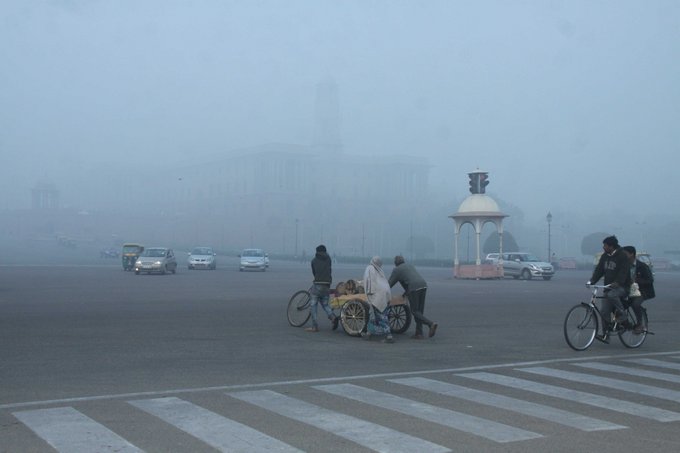 New Delhi– The national capital is likely to break the 119-year record of the coldest December day on Monday with the day temperature “unusually” sticking to the cold trend.

“It may be noted that at the Safdarjung Observatory, in the last 118 years (since 1901) the lowest maximum day temperature recorded was 11.3 degrees Celsius on December 28, 1997. It may be broken today (Monday) in the next 3 hours,” the IMD said in a series of tweets.

In the morning, the national capital region (NCR) was enveloped in a thick blanket of fog, which reduced the visibility and affected air traffic and vehicular movement.

The air quality index (AQI) in the capital on Monday was 449 with particulate matter (PM) 2.5, the Met officials said.

The Delhi airport authority had earlier warned that flight departures might be impacted if the visibility declined below 125 metres. (IANS)