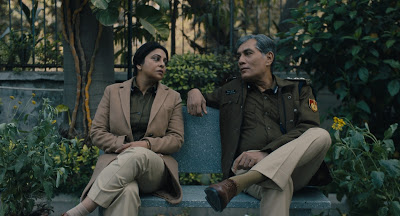 New Delhi– Richie Mehta’s “Delhi Crime Story”, a seven-part series based on the horrific 2012 Nirbhaya gang-rape case, will have its world premiere at the 2019 Sundance Film Festival next week. The award-winning Indo-Canadian filmmaker says such opportunities are a sign of the changing times.

He said it was extremely difficult to work on such a subject as he had to ensure that it did not just illustrate evil for the sake of drama.

“It’s an honour to screen in Sundance, in any situation. But with this, a series, I never expected to show it on a big screen, in a festival.

“It’s a sign of the changing times. And when a project like this – Hindi language, about a local incident – shows on an international platform like that, I think it’s very important… if showing this to the world matters (which to me, it does),” Mehta told IANS in an email interview.

The show is produced by Golden Karavan and Ivanhoe Pictures.

The show’s ensemble cast is led by Shefali Shah and includes Adil Hussain, Denzil Smith, Rasika Duggal, Rajesh Tailang and Yashaswini Dayama. All seven episodes of Season One have been written and directed by Mehta.

Centered around the efforts of Delhi Police to catch the culprits and bring them to justice in record time, the series showcases the investigation led by a woman officer, who, with the eyes of the world upon her, was driven by the crime’s brutality to find the perpetrators despite the difficulties she faced in the sprawling city.

Mehta said he was walking on a thin rope to ensure the content “never crossed into exploitation”.

“That it wasn’t just to illustrate evil for the sake of drama, but to use this incident to bring other massive issues to light, and to hopefully enlighten,” said the “Siddharth” and “India In A Day” director.

The filmmaker said the subject of “Delhi Crime Story” landed on his lap when a family friend in the Delhi Police, now retired, put him onto it.

“He had seen my previous work, thought I would be appropriate in telling this particular story from the police point of view, and connected me with the officers involved. When I met them, and got to know them, all the way from deputy commissioners to sub inspectors and constables, I realised that they had a perspective on this incident that we all desperately needed to hear, and it needed to be given a voice. So I proceeded on that belief,” said Mehta.

The filmmaker understands that such subjects need to be handled with a nuanced touch.

He believes he has done his best in research and execution to stay true to the promises he made to the Delhi Police and IPS officers, and the victim’s parents.

“Beyond that, I can only hope people will find the positive in this experience.” (IANS)