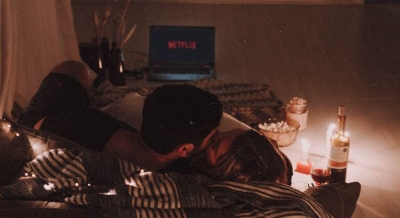 New Delhi– If you’re looking for something to watch for hours on end, consider some of these Netflix TV shows. From tearjerker dramas to classic hits, this list of the best shows to watch on Netflix right now is sure to keep you entertained.

So grab a friend, curl up under a blanket, and settle into these Netflix shows; there’ll be plenty to keep you entertained throughout the summer.

“Squid Game” is a survival horror show about 456 people who play a series of lethal children’s games in order to escape deep financial debts. In October last year, the series became a phenomenon, becoming the most-watched Netflix series of all time.

It received 1.65 billion hours of viewing within 28 days of its launch on September 17, according to Netflix.

In 2020, this suspenseful Spanish thriller became the most-watched non-English series of all time. It follows a nine-person team as they carry out two complex heists.

Audiences adore characters with a vulnerable underbelly and a proclivity for making mistakes. Another reason Money Heist is so popular is that it has a distinct Spanish identity. While the plot is predictable, it nonetheless manages to hold the audience’s attention.

The best show of all time, according to TV Guide, is now available on Netflix. Jerry Seinfeld and Larry David’s sitcom premiered on Netflix on October 1.

In many ways, “Seinfeld” was unlike any other television show. It was a sitcom, but they took great pleasure in making even the most mundane circumstances amusing.

This steamy period romance about the siblings of the high-society Bridgerton family looking for love in Regency-era London is one of Netflix’s most popular shows. Shonda Rhimes is the show’s producer.

Teas and duvets are aplenty in this opulent period drama, as are absurdly pompous syntaxes. The seductive affairs, vibrant costumes, and ridiculously opulent houses, manors, and palaces hug and comfort you.

“Sex Education” is a British ensemble comedy-drama that follows a group of teenagers as they navigate the world of sexual intimacy.

It achieves the best of both worlds; it’s a tremendously amusing and frequently lovely binge watch that makes the real world fade away. (IANS)