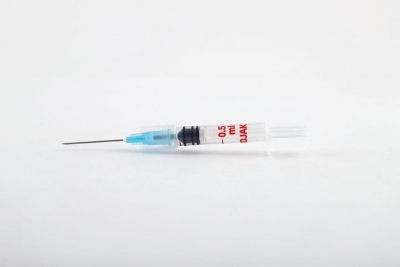 Washington– Covid-19 vaccines for younger children and booster shots for at least those over 65 years old are being prepared in accordance with a tight schedule in the US, as the Americans stagger into the 19th month of their fierce battle against the pandemic.

A lower dose of the Pfizer-BioNTech coronavirus vaccine, one-third the amount given to adults and teens, is safe and triggered a robust immune response in children as young as five years old, the drug companies announced in a news release on Monday morning.

“The finding, eagerly anticipated by many parents and paediatricians, is a crucial step toward the two-shot coronavirus vaccine regimen becoming available for younger school-aged children, perhaps close to Halloween,” Xinhua news agency quoted The Washington Post as saying on Monday.

However, the companies must prepare and submit the data to the Food and Drug Administration (FDA), a process they expect to complete by the end of September.

Then, the data, not yet published or peer reviewed, will be scrutinised by regulators to ascertain that the vaccine is safe and effective.

This could take weeks, or up to a month.

According to the companies, the two-dose shot was found to be safe and well tolerated among the children in the study, with the vaccine generating levels of antibodies that were similar to those of younger adults, which met the study’s measurements of success.

Meanwhile, Pfizer and BioNTech said that they had not yet determined vaccine efficacy, or how well it protects against Covid-19 for children in the age group.

“We are eager to extend the protection afforded by the vaccine to this younger population, subject to regulatory authorization, especially as we track the spread of the Delta variant and the substantial threat it poses to children,” Pfizer Chief Executive Albert Bourla said in a statement.

The FDA is likely to authorize Pfizer booster shots this week for many Americans at high risk of falling seriously ill from the coronavirus, now that a key advisory committee has voted to recommend the measure, reported NYT on Monday.

On September 17, a panel of experts endorsed offering Pfizer booster shots for those aged 65 and older, and people 16 and over who are at high risk of getting severe Covid-19 or who work in settings that make them more likely to get infected.

The agency, which often follows the committee’s advice but is not required to, is expected to decide early this week.

An advisory committee of the Centers for Disease Control and Prevention (CDC) is scheduled to meet on Wednesday and Thursday to discuss booster shots before that agency, which sets vaccine policy, issues its recommendations.

Meanwhile, Anthony Fauci, the nation’s top infectious disease doctor and an adviser to the White House, asked Americans to be patient and not to get a booster shot until they were eligible.

That includes people aged 65 and over who received the Moderna and Johnson & Johnson vaccines.

Last month, President Joe Biden’s administration proposed a plan that would have made all vaccinated Americans eligible for a booster shot eight months after their second shot, or their first in the case of the one-shot Johnson & Johnson vaccine.

In the meantime, the expert panel concluded that boosters were not necessary for most younger, healthier Americans, unless their jobs put them at special risk for infection. (IANS)