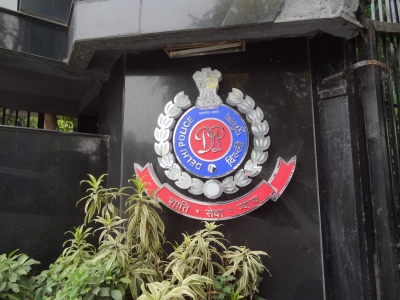 New Delhi–A 28-year-old acid attack survivor was allegedly raped by the same man who had attacked her 17 years back, and after he had undergone seven years imprisonment, Delhi Police said on Tuesday.

The accused, identified as Kapil Gupta, 43, a resident of Uttar Pradesh’s Kanpur, was finally arrested by the Delhi Police from Karnataka after a long chase of 2,200 km.

Furnishing details, Deputy Commissioner of Police, Outer, Sameer Sharma said the victim on March 21 filed a report at the Sultan Puri police station that on December 13, 2021, the accused came to her house and forcefully made her enter into a physical relationship with him by threatening her of acid attack on her husband and children.

“After that, the accused made a video of the same and threatened to make it viral on social media. After blackmailing the victim, he again made her enter into a physical relationship with him,” he said.

Police registered a case of rape and criminal intimidation of the Indian Penal Code at the Sultan Puri police station and took up the investigation.

During the course of investigation, it came to notice that Gupta was known to the victim.

“In 2005, accused Kapil had thrown acid on the woman complainant. For the said incident, a case was registered in Kanpur of acid attack and the accused was convicted for 7 years in the case,” the senior police official said.

After this incident, the victim was married and shifted to Delhi.

After completing his sentence, Gupta was released from jail and he yet again tried to contact the woman and then on December 13, last year, found her and raped her at her house and also made video of the said incident.

The official said that after registeration of the rape case, the accused went absconding.

“Multiple raids were conducted at Punjabi Bagh and other possible hideouts of the accused. A raiding team was also sent to his native place i.e Kanpur to arrest him but he couldn’t be traced as he switched off his mobile phone,” DCP Sharma said.

However, as the electronic surveillance was on, the location of Gupta was noticed in Bengaluru. Subsequently a police team travelled to Bengaluru and arrested him from there. (IANS)