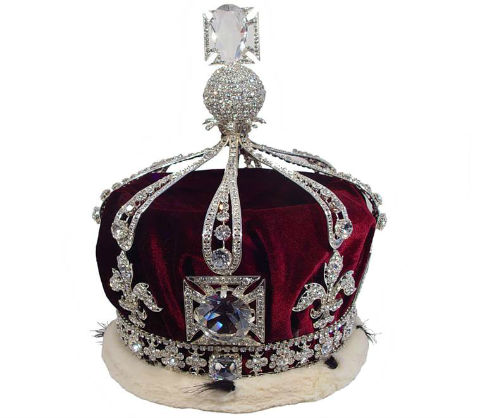 New Delhi–Amid demands from various quarters to get the Kohinoor diamond back from the British, the Congress on Wednesday said that it was keen on getting Indian artefacts lying abroad to be brought back to the country.

On Tuesday, the central government retracted from its earlier position and said it would make all possible efforts to bring back the Kohinoor diamond in an amicable manner.

The government’s reaction came a day after Solicitor General Ranjit Kumar conveyed to the Supreme Court that the British East India Company did not take away the Kohinoor but it was gifted to Britain by late Sikh sovereign Maharaja Ranjit Singh’s son Maharaja Duleep Singh.

Reacting sharply to the BJP government’s U-turn, the Congress on Wednesday said: “It reflects the immaturity and inconsistency in the decision-making process and lack of a policy direction both at the level of the prime minister’s office and in the government.”

According to a culture ministry statement on Wednesday, independent India’s first prime minister Jawaharlal Nehru in 1956 went on record to say that there was no ground to claim the Kohinoor from Britain.

He was also of the opinion that efforts to get the diamond back would lead to difficulties.

“To exploit our good relations with some country to obtain free gifts from it of valuable articles does not seem to be desirable. On the other hand, it does seem to be desirable that foreign museums should have Indian objects of art,” Nehru was quoted as saying in the statement.

Through a culture ministry statement, the government on Tuesday clarified that it wished to put on record that certain news items regarding the Kohinoor are not based on facts.

“The government of India further reiterates its resolve to make all possible efforts to bring back the Kohinoor diamond in an amicable manner. The factual position is that the matter is sub judice at present. A public interest litigation has been filed in the Supreme Court, which is yet to be admitted,” read the statement.

“with regard to the Kohinoor too, the government of India remains hopeful for an amicable outcome whereby India gets back a valued piece of art with strong roots in our nation’s history,” it further said.

The Shiromani Gurdwara Parbandhak Committee too on Tuesday demanded that the diamond be handed over to the Sikh community, maintaining that it was taken away through “deceitful means” by the British.

The 108-carat diamond was presented to the then British monarch, Queen Victoria, in 1850 after the Anglo-Sikh wars, in which the Britain gained control over the Sikh empire in the then undivided Punjab.

The Kohinoor diamond, kept under tight security at the Tower of London, is claimed by India, Afghanistan, Pakistan and Iran.