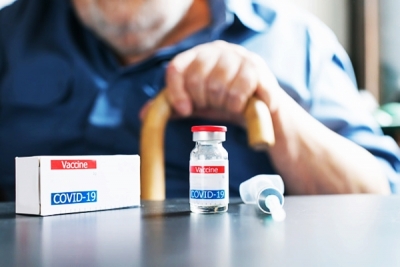 New York– Turning common perception upside down, researchers have found that concerns over infecting others play a greater role in people’s willingness to be vaccinated in sparsely populated areas rather than dense urban ones.

For the study, the researchers examined people’s behaviour getting a flu vaccine as well as their future intentions to be vaccinated against the flu and Covid-19.

Given that they encounter more people and have a greater risk of transmitting disease, it might seem that people in urban environments would be more highly motivated to vaccinate because of “prosocial” concerns – to protect others.

But that is not what the research published in the journal Proceedings of the National Academy of Sciences (PNAS) found.

This research has important implications for public health communications about vaccination, the researchers said.

“We know that the degree to which people act for the benefit of others — the degree to which they act in an altruistic manner — depends on their perception that they’re likely to have an impact,” said study co-author Dolores Albarracin, Professor at University of Illinois at Urbana-Champaign in the US.

“People are equally concerned for others in rural and urban environments,” said Albarracin, who is also a distinguished research fellow at the Annenberg Public Policy Centre (APPC) of the University of Pennsylvania.

“But in cities they don’t think they have as much impact. They feel less influential, that their contribution is a drop in the bucket.”

This research identified “emphasising prosocial aspects of vaccination as one means by which public health interventions can reduce the rural-urban disparity in vaccination.”

The researchers based their findings on data from a survey and two experiments: a nationally representative, longitudinal survey of 2,490 Americans conducted by the Annenberg Public Policy Center, and follow-up experiments establishing causality that were conducted by the University of Illinois at Urbana-Champaign.

The survey results showed that people were consistently more likely to be vaccinated when their prosocial concerns were higher.

Notably, these prosocial concerns had a larger positive effect on vaccination when the survey participants lived in regions that were non-metropolitan, had a lower population density, and a lower proportion of urban land area. (IANS)