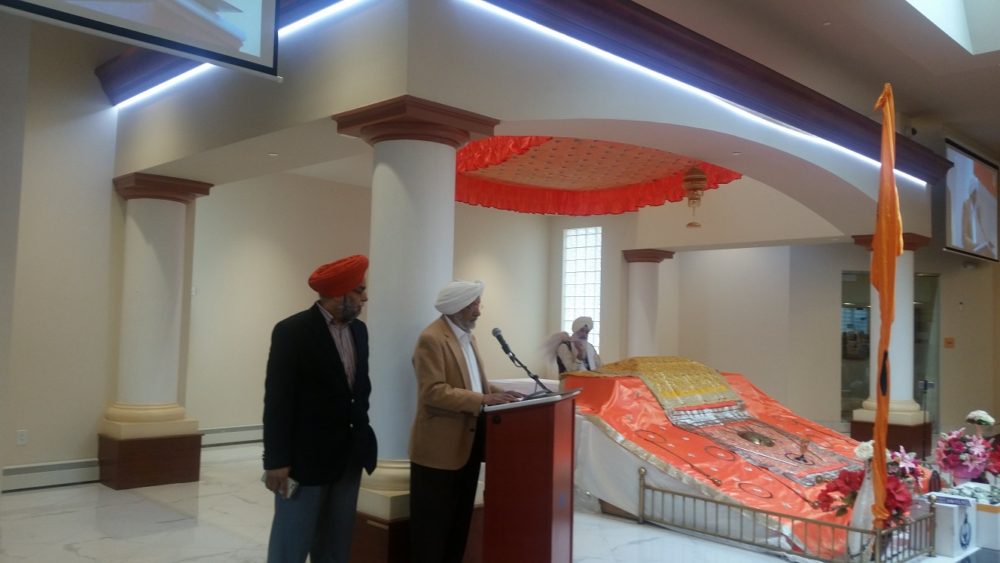 WESTBOROUGH, MA–  Massachusetts Governor Charlie Baker declared April 14th as the Sikh Heritage Day. Sikhs who originated in Punjab, South Asia, first entered the Commonwealth in the early 1900’s and are now engaged in a wide range of professions and humanitarian endeavors.

Recently, the Sikhs of Massachusetts celebrated the opening of a major Gurdwara (Sikh house of worship) in Westborough, MA, which was inaugurated by Governor  Baker on October 14, 2017.

The Sikh Heritage Day was the result of a request made to the Governor by Dr. Jang Bahadur Singh during the inauguration ceremony. Dr. Singh, along with the president of the New England Sikh Study Circle Gurdwara Malkit Singh Gill shared the news during a major gathering recently, while also thanking Sukhjinder S. Bajwa, Charanjit S. Anand, Raghbir S. Dillon, and Lakhvir Singh who were involved in advocacy work on behalf of the community. 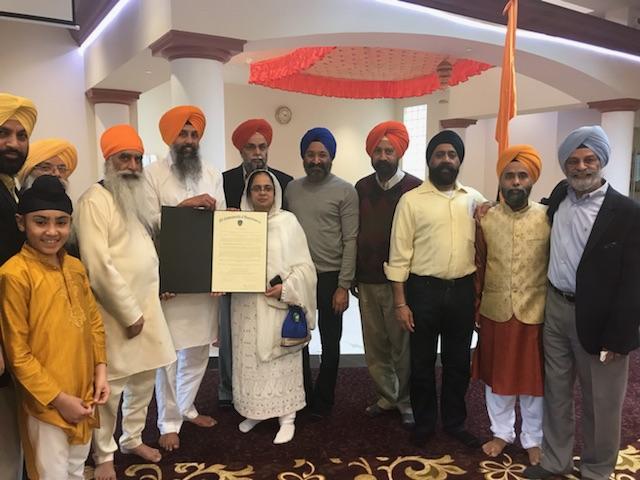 This commemoration of the Sikh Heritage Day coincided with an important Sikh festival known as Vaisakhi when Guru Gobind Singh, the tenth Sikh Guru, transformed the Sikh community into the Khalsa and bestowed on the Sikhs a unique identity. The Governor’s proclamation talked about the history of Sikhs, along with the contribution of the Sikhs to the fabric of Massachusetts.

The congregation of the Westborough Gurdwara thanked Governor Baker, the Lieutenant Governor Poliito, and the Secretary of Commonwealth Galvin, who signed the proclamation, along with State Representative Ferguson of Worcester, MA.  Jang Bahadur Singh remarked, “The Sikhs are vibrant members of the Commonwealth and it is important that we continue to serve our neighbors and live up to the values of humility and courage represented by the Khalsa of Guru Gobind Singh.”

The New England Sikh Study Circle (NESSC) was established in 1968 to serve as a Sikh center for spiritual growth, political understanding, community activism and social gathering. It governs the Gurdwara (Sikh place of worship) in Westborough, Massachusetts where kirtan services are held on Friday evenings and Sundays mornings. Classes for both children and adults are held in Sikh theology, language, history and music. The NESSC is active in various community awareness and interfaith events throughout New England.