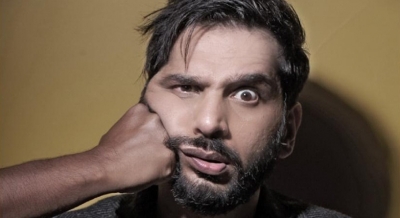 New Delhi–  After performing for over 12 years all over the world, this was the first time in a long time Nitinn R Miranni was nervous and had mixed feelings about what to do and not do, performing in front of an audience full of inmates.

Miranni is the first comedian to entertain inmates at Dubai Central Prison – General Department Of Punitive & Correctional Institution earlier in October this year.

Miranni recalls he was pleasantly surprised to see the inmates responded well to him and what he had to say, not only laughing out loud but also being very interactive and encouraging.

It brought them as much joy as it did the comedian to cheer them up and bring a smile to their faces.

Following his session, he had the opportunity to visit the facility and was very impressed with how the inmates were cared for and how they were benefitting from learning a new skill which would help them when they were released.

Indian American rom-com No. 2 after ‘The Sandman’ on Netflix global Top 10