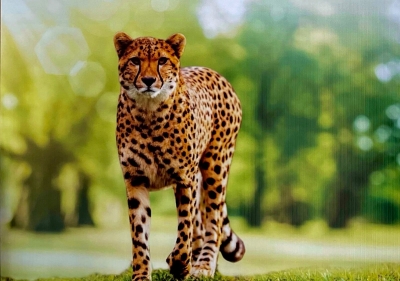 Jaipur– Cheetahs will be seen running again in India after 70 years, with India set to get eight of the big cats from Namibia.

A special cargo plane carrying these eight cheetahs will land in Jaipur on September 17 before the animals are sent to the Kuno National Park in Madhya Pradesh’s Sheopur.

All these cheetahs will be taken to Kuno on the same day by two helicopters and Prime Minister Narendra Modi will release them into the park from the Quarantine Centre.

Officials at the Jaipur International Airport said that these cheetahs will be flagged off from Namibian capital Windhoek at 9 p.m. on September 16 and the plane will reach land here at around 8 a.m. the next day after a journey of 11 hours. (IANS)