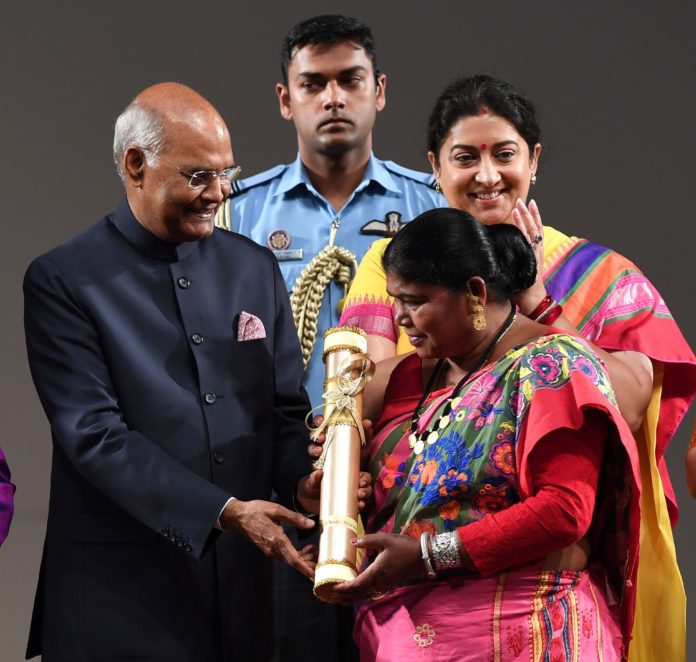 New Delhi–Chami Murmu is no ordinary warrior: The 47-year-old is a passionate environmentalist who is associated with plantation of 25 lakh saplings in the past 24 years in her native Jharkhand’s Rajnagar.

She has also ensured the participation of around 3,000 women in this ‘green earth’ endeavour.

Murmu is one of the women who were handed the “Nari Shakti Puraskar 2019′ by President Ram Nath Kovind at the Rashtrapati Bhavan here on Sunday to commemorate International Women’s Day.

She has been feted for her contribution to the environmental cause. Apart from promoting water harvesting, she has been encouraging women to take to animal husbandry to earn a living.

Murmu has also been in the forefront of the fight against the forest mafia in her state. Given her opposition to the Naxalites in her area, she is called “Lady Tarzan” by her admirers.

Murmu received the Indira Priyadarshani Vriksha Mitra Award from Ministry of Environment and Forests in 1996. (IANS)