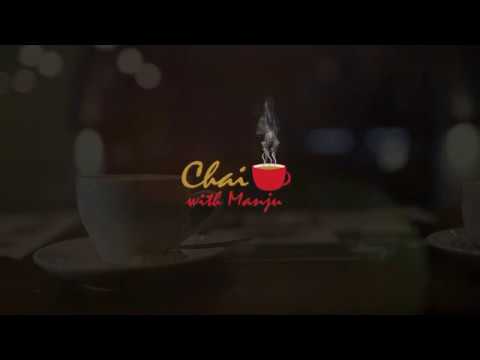 BOSTON—Celebrity video interview series Chai With Manju, which is produced by INDIA New England News, one of the nation’s largest Indian-American video, digital and print publications, announced some upcoming changes in Chai With Manju series.

“I believe that every life has a story and I love to share that in our Chai With Manju interviews and we thought it was necessary to revamp the show after seven years,” said Dr. Manju Sheth, MD, creator and hostess of the program and president of INE MultiMedia, Inc., a non-profit organization dedicated to promoting art, culture, education and empowerment.

Dr. Sheth thanked viewers and supporters of the show and hoped that the new format of Chai with Manju will be liked by the viewers.

“Sharing and learning from these stories has become an important part of growth in my own journey in last seven years. I have seen an admirable pattern in the people that I have interviewed over the years,” said Dr. Sheth. “It is passion, creativity, hard work and the need to make an impact and leave a legacy. Irrespective of upbringing and background, we all strive for the same. I have evolved with this series and I can confidently say that best is yet to come.”

“People today spend more than one billion hours on YouTube daily. Almost same amount of time is spent on Netflix and Facebook. We want to produce a show that stands out and inspires people,” said Mr. Mishra. “We’re going to make the interviews crispier and use latest technology to enhance the experience of our viewers.”

Mr. Mishra said the attached Chai With Manju introductory video, which was produced in collaboration with Patrik Kisucky, a producer and cinematographer, is an example of our upcoming productions. The revamped Chai With Manju will start this fall.

Dr. Sheth added that interviewing guests on Chai With Manju has left an indelible mark on her and that every guest on the show has been an inspiration.

“I have many wonderful memories from working on this show for the past seven years.  I want to share two that left an indelible mark and make me very happy,” said Dr. Sheth. “The first one was the enormous honor of being asked by Desh Deshpande , who I admire greatly, to do a live on-stage interview with Miss America 2014 Nina Davuluri at the Akshaya Patra Gala. The second one was having the opportunity to honor Sister Shivani with the Spiritual Leadership Award at her first event in Boston. I have watched Sister Shivani for many years now. I know the next few years of Chai will continue to bring great memories with wonderful  people.”

“It has been a fun journey and also very inspiring as I have learnt so many wonderful stories about the people interviewed for this special series though I have to say that Neha Kakkar was my favorite as she is also the rockstar that I listen to the most,” said Ms. Mishra.

Some people have appeared on Chai With Manju include: