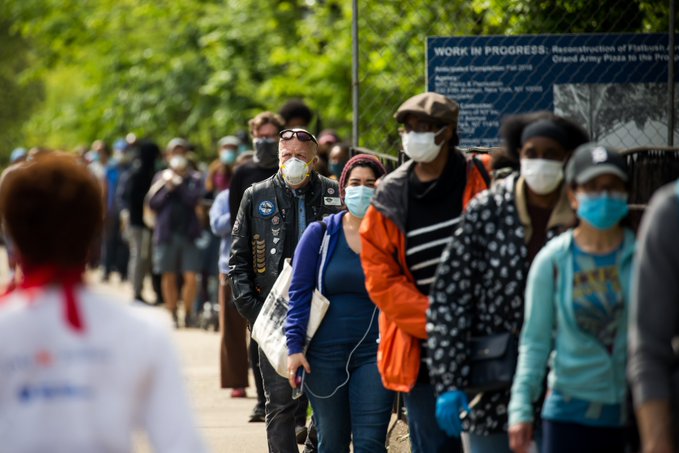 San Francisco–Minorities in the US state of California were facing more health and economic risks during the COVID-19 pandemic, with less freedom to work from home and more anxiety over financial difficulties, said a research.

The study by the University of California at Berkeley (UC Berkeley) issued on Wednesday was based on a poll by the Institute of Governmental Studies (IGS) in conjunction with the California Institute of Health Equity and Access, which surveyed 8,800 voters statewide onlinebetween April 16 and April 20, reports Xinhua news agency.

White Californians were significantly more likely than Latino and black residents to have the safety that comes from working at home during the pandemic, the poll found.

According to the poll, 61.3 per cent of the white people in California said they could work from home, nearly 20 points more than those reported by Latino respondents.

Among black Californians, 53.3 per cent said they are able to work at home, joined by 58.9 per cent of Asian-Americans.

As the infection risk was compounded by the degree of exposure to other people, among white Californians, 26.5 per cent said that they face a somewhat serious or very serious problem because they work in close proximity with other people, while 56.7 per cent of Latino voters expressed similar worries, followed by 43.8 per cent of blacks and 44.4 per cent of Asian Americans, according to the research.

“The stark racial differences in which populations can safely work from home are striking,” said IGS co-Director Cristina Mora.

“Latinos and blacks, and their families, simply face more contact and more risk than whites.”

Beyond work safety, the IGS report suggests that health insecurity is almost inseparable from economic security.