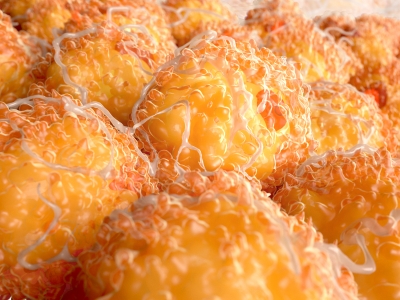 Brown fat, also called brown adipose tissue, helps maintain your body temperature when you get too cold. Unlike white fat, which stores calories, brown fat burns energy and scientists hope it may hold the key to new obesity treatments.

“For the first time, it reveals a link to lower risk of certain conditions. These findings make us more confident about the potential of targeting brown fat for therapeutic benefit,” said Paul Cohen, Assistant Professor at The Rockefeller University Hospital in the US.

The study, published in the journal Nature Medicine, confirms and expands the health benefits of brown fat suggested by previous studies.

For the study, the researchers reviewed 130,000 PET scans from more than 52,000 patients and found the presence of brown fat in nearly 10 per cent of individuals.

Moreover, the study revealed three more conditions for which people with brown fat have lower risk: hypertension, congestive heart failure, and coronary artery disease — links that had not been observed in previous studies.

Another surprising finding was that brown fat may mitigate the negative health effects of obesity. In general, obese people have increased risk of heart and metabolic conditions; but the researchers found that among obese people who have brown fat, the prevalence of these conditions was similar to that of non-obese people.

“It almost seems like they are protected from the harmful effects of white fat,” said Cohen.

The role of brown fat is more mysterious in other conditions like hypertension, which is tightly connected to the hormonal system.

“We are considering the possibility that brown fat tissue does more than consume glucose and burn calories, and perhaps actually participates in hormonal signalling to other organs,” the researcher said.

The team plans to further study the biology of brown fat, including by looking for genetic variants that may explain why some people have more of it than others — potential first steps toward developing pharmacological ways to stimulate brown fat activity to treat obesity and related conditions. (IANS)