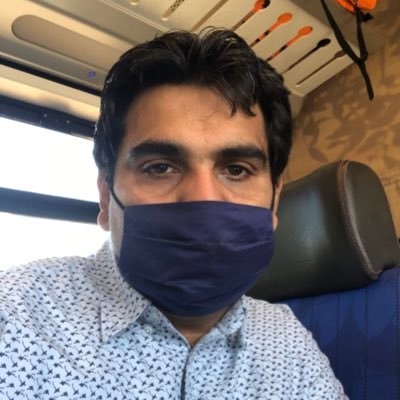 New Delhi– A British “hitman” has been found guilty of conspiring to kill a Pakistani dissident in the Netherlands, the BBC reported.

A court in London heard that Muhammad Gohir Khan was offered about $134,000 to carry out the murder in Rotterdam last year.

However, he failed to track his target down, and was arrested on his return to the UK, the BBC report said.

Now a jury has given a unanimous guilty verdict of conspiracy to murder and he is set be sentenced in March.

The intended victim, Waqass Goraya told the BBC that he is sure the Pakistani intelligence services were ultimately behind the plot and that it forms part of a wider crackdown on dissenting voices both inside and outside Pakistan.

Pakistani officials have not commented on the case.

Khan, from east London, had racked up debts of more than 200,000 pounds whilst running a cargo company.

He was working as a delivery driver for a supermarket, but reacted enthusiastically when he was contacted about a “job” in Europe by a contact in Pakistan, the BBC report said.

The man they planned on killing was Goraya, a prominent social media activist and critic of the Pakistani military and government, living in Rotterdam.

He was abducted and tortured whilst visiting Pakistan in January 2017 by suspected members of the intelligence services, and told the BBC he was convinced they had now attempted to have him killed in Europe. (IANS)