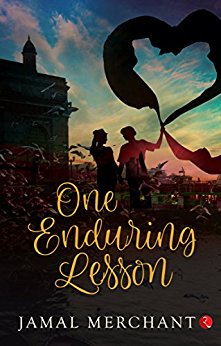 New Delhi–Flick through the story of a young man whose struggles come to an end with the growing spiritual influences in his life; read a mysterious tale around a lost woman. There is also an intriguing analysis, through a fictional tale, around the question: Is a rapist born or shaped by events around him? Finally, learn about the life of Guru Gobind Singh.

The IANS bookshelf has a whole lot for its readers this weekend. 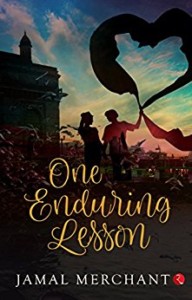 Eager to start a new phase in life, Rahul Saxena, 27, a half-Indian British citizen, recently out of job and rejected in love, lands in Mumbai from London to study filmmaking. But little does he know that Mumbai, the city of dreams, will turn his life inside out. From the dark corners of the streets as a professional rat killer to the vermin-infested confines of a jail, from shady dance clubs to the homes of Mumbai’s rich women where he is paid to provide pleasure — fate takes him on a roller-coaster ride that challenges his very will and determination to survive.

When his secret life threatens to destroy even the love that he finds, Rahul seeks recourse in spirituality. Inspired by India’s syncretic religious traditions, Rahul fights back internal and external demons to write his own destiny.

2. Book: Friend request; Author: Laura Marshall; Publisher: Sphere; Pages: 371; Price: Rs 399
Maria Weston has been missing for over 25 years. She was last seen the night of a school party. The world believes her to be dead, particularly Louise, who has lived her adult life with a terrible secret.

As Maria’s messages start to escalate, Louise forces herself to reconnect with the old friends she once tried so hard to impress. Trying to piece together exactly what happened that night, she soon discovers there’s much she doesn’t know. The only certainty is that Maria Weston disappeared that night, and was never heard again.

3. Book: Pluton’s Pyre; Authors: Gyandeep Kaushal and Nitin Kulkarni; Publisher: Bloomsbury; Pages: 242; Price: Rs 299
Suraj gets rejected in love twice. Urged by his grandfather, he gets married. With his sweet and caring wife, life is smooth.

But later, Suraj discovers that his otherwise blameless wife was in a clandestine meeting with her lover — and his world collapses in wild anger around him.

Robbed of self-belief and pride, and aflame with a lust to reassert his power over women, he hunts for his first love and rapes her in exasperation.

Tracked down by the forces of the law, he is condemned to be hanged to death.

Authors Gyandeep Kaushal and Nitin Kulkarni present a tale simply told, but which underscores the question that has plagued bio-genetics over the years — is a rapist born, or shaped by events around him? Is there anything, in short, as a “rape gene”?

The jury is out on that one, and the writers circumspectly leave them where they are.

4. Book: Sacred Sword; Author: Hindol Sengupta; Publisher: Penguin; Pages: 230; Price: Rs 350
“We are warriors, Painda. The Khalsa does not think of war as entertainment; death is not a joke, killing men is no festival,” said Guru Gobind Singh.

A boy grows up, suddenly, into adulthood when he is brought the severed head of his father. He is born to rule but never acts like a monarch. Invincible as a warrior, he has the soul of a mystic. Poetry fills his heart. Few men before or after him have used a bow as he does, few men mastered their swords like him.

Guru Gobind Singh turns villagers into warriors, sends shivers up the spine of the army of Aurangzeb and sets the foundation stone of the great Sikh empire. “Sacred Sword” is a historical fiction based on his life and legend.