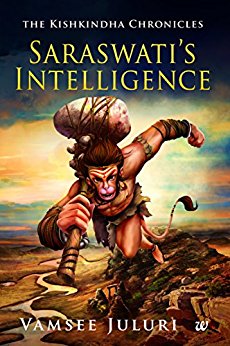 New Delhi– Have you ever wondered how difficult it is to lead a dual life? Protagonist Sonny Mahadewala’s life is divided in two parts and he struggles to balance both; then, there’s the story of a teenage girl, Natasha, who strives to survive in a post-apocalyptic world; and finally, a journey into the mythological world of Hanuman and his abode Kishkindha. The IANS bookshelf offers a lot of variety this weekend. Happy reading!

“I was born ugly. That’s what my mother always said.” So begins the story of young Sonny Mahadewala who leads a dual life — between his adoptive Britain where he cohabits with a privileged American and the mixed blessings of Mahadewala Walauwa — the big house on the mountain belonging to his father’s people in Kandy, the ancient capital of Sri Lanka — where a troubled existence earned him both honour and shame.

But Sonny’s mother, a wonderfully maleficent anti-heroine, is convinced that demons posses this ugly son of hers. Will he be able to prove this wrong? Read the book to find the answer.

Demons and the devil himself circumscribe the playing field of this book, whether seated in the draughty chapels of Oxform or roaming the Kandyan countryside and, through their clever interplay, they speak of larger horrors with able grace.

In a post-apocalyptic world of a nuclear disaster, small settlements have formed on the outskirts of what used to be north Delhi. Without technology and conveniences we take for granted, life has regressed to the dark ages; radiation has ruined the water and the soil and made survival almost impossible.

That’s when 13-year-old Natasha, utterly traumatised by the rape of her sister, runs away from home and stumbles upon a library and its only occupant — 18-year-old Ved. Deciphering the library and the books it holds is the only hope they have of saving their families.

“My purpose in writing this book is to work out the precise questions that we need answers to before we can have any sensible discussion on the risks and benefits of nuclear energy,” Mukherjee writes in the post script.

Ancient Kishkindha, the land of Hanuman and his people, is in mortal danger. A new and deadly race of beings that destroy and devour anything that lives is gathering outside Kishkindha’s northern frontiers and an invasion is imminent.

Hanuman meanwhile has been exiled by the intrigues of his aunt, the empress Riksharaja, in order to make way for Vali. Only his cousin Sugreeva and wise guru Vishwamitra can help Hanuman as his identity takes him onward to face himself and a world no one in Kishkindha has known about until now.

The book, first of ‘The Kishkindha Chronicles’, re-imagines the ancient pre-history of India from a startlingly new perspective that will make us rethink what it means to be human and animal. (IANS)