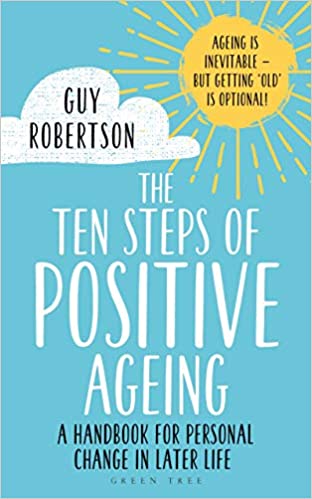 New Delhi– Read about how India’s internet boom was guided to prosperity; examine the genesis of Maoism in the country and finally, 10 tips on ageing the right way.

The IANS Bookshelf this weekend has much to take you off the lockdown in the wake of the coronavirus pandemic. Immerse yourself!

It was then Prime Minister Rajiv Gandhi’s trusted aide Sam Pitroda who sowed the seeds of his return to India. At that time, Brijendra Syngal was a well-placed NRI, with a tax-free salary in London, working on cutting-edge satellite communication technology for ship-to-shore communication through INMARSAT when Pitroda posed him the question: Did he prefer challenge to money? Would he agree to come back to India and head Videsh Sanchar Nigam Limited (VSNL)? He did so at Rs 9,000 a month.

All this came at a price. “I had to fight the bureaucracy; manage my political masters — three governments, five telecom ministers — through strategy, tactics, guile and plain stubbornness; and battle the corruption inherent in the system, not to mention media pressure, often paid for by international rivals”.

In June 1998, Syngal was named one of ‘The 50 Stars of Asia’ by Business Week International Magazine. “But in the same week, I was fired with immediate effect, by fax, for not bowing down to political pressure from my political masters.”

Still, he has no regrets. He was immediately snapped up by Reliance Telecom and subsequently served with BPL Communications. Since 2007, he has been heading the ICT practice at a leading Indian consultancy that advises Fortune 500 companies.

“My good fortune has been that whether by chance or through personal initiative, I have been involved with every stage of the development of communications in our country,” Syngal write.

Inspiring ideals to live up to!

“I feel that the massive uprising in Bengal could not have happened out of the blue. It was the culmination of resistance to exploitation by thousands of unknown heroes in the nondescript villages of Kerala, Tamil Nadu, Andhra, Orissa, Bihar and other states….What happened on May 24, 1967 in Naxalbari and spread like wildfire, had its genesis in Lalgonda, Kakdwip, Srikkulam and other places, ” writes Amar Mudi, an acclaimed author renowned for his translation of books into Bengali, on the beginning of the Maoist movement in India.

That incident happened when a group of people were attempting to take possession of the surplus land of a landlord. “One arrow shot in a moment of panic killed a police sub-inspector and all hell broke loose. Waves and waves of bullets showered on unsuspecting people to quell the so-called uprising but they stood their ground and continued their fight. The mortal terror among the landlords was visible for the first time, when thousands of peasants marched ahead, waving the red flag across the paddy fields of Terai. Naxalbari became synonymous with the new-found resurgence of the ‘have-nots’, ” Mudi writes.

Today, the Maoist movement stretches all the way from the Nepal border through Bihar, West Bengal, Odisha, Madhya Pradesh Chhattisgarh, Jharkhand and Andhra Pradesh — as also parts of Maharashtra. Though the government has been claiming progress in its operations against the ultras, their attacks continue, as manifest in last week’s ambush in Chhattisgarh in which 17 security personnel lost their lives.

For lay persons, those in the government and anthropologists, this book is a must-read if a solution to the Maoist movement is to be found.

“The prospect for people over 60 has never looked as promising as it does now! On average, men and women at retirement age can expect to live for another 20 years, and for most of that time they are likely to be in good health,” writes Robertson, a passionate proponent of the need to develop more positive approaches to ageing.

But then, it’s not just a matter of living longer; the over 60s can actually look forward to a whole new phase in life –a period that can be longer than all the time spent at school and university, the author states and then provides you the 10 steps to make this a reality.

These are: Face up to your mortality; Fact-check the fake news about ageing; Watch your attitude; Safeguard your convoy (“me” to “acquaintances”); Adopt a mindful outlook; Broaden and build your wellbeing; Learn from your past; Establish what is most important to you; Create a vision for a new later life; and Build your resilience.