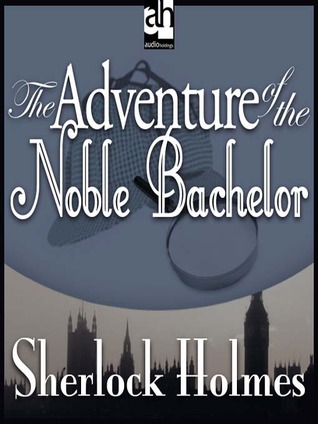 It is that time of the year again when love and its expression is on everyone’s minds – and makes for a range of spectacles ranging from the touching to grotesquely ludicrous from both those who celebrate Valentine’s Day and those who deride it. But this is a fairly recent social phenomenon, and any serious, fairly wide-ranging reader has already come across any aspect of love that can be conceived – and they don’t have to be aficionados of the romantic genre.

Let alone its role in real life, love, taken here at its most conventional sense of romance, is a fundamental force in literature – and can be seen in various guises and stages that would bewilder the most amorous of us. It often drives the plot (or subverts it), and accounts for quite a bit of motivations of characters and their choices, actions and decisions, even if they are not those directly involved, and can be drive a totally different genre.

Not only the most famous detective in fiction, Sherlock Holmes is also the most noted bachelor, always making light of love – one who “never spoke of the softer passions, save with a gibe and a sneer”.

But of the dozen stories in “The Adventure of Sherlock Holmes” (1892), eight have a motif or motivation of love right from the first (“A Scandal in Bohemia”) to the last (“The Adventure of the Copper Beeches”), especially “The Adventure of the Noble Bachelor”, in which Holmes figures out a mystery which is actually a complicated love story but also displays understanding, though being unsuccessful in placating the distressed party.

Holmes can also simulate love well enough when needed, once ending up engaged – to a housemaid – but with an ulterior motive. (“The Adventure of Charles Augustus Milverton”).

Love can even crop up unexpectedly, and help the protagonist achieve the outcome they were striving for. Was it apparent that a bachelor of the most regular habits and schedule, who embarks on a most singular adventure after accepting a bet at his club, would end up hitched at the end? This also enables him to find out that he has not lost his wager.

Phileas Fogg finds he had succeeded in travelling “Around the World in Eighty Days” (Jules Verne, 1873), when he decides to marry Aouda, an Indian princess he has saved from being ritually immolated with her dead husband during his eventful journey, and tries to fix an appointment with a clergyman for the wedding.

“The course of true love never did run smooth,” says a character in Shakespeare’s “A Midsummer Night’s Dream” and a break-up between love partners – and the eventual (but not always) reconciliation, is a common component of love stories, and is frequently melodramatic. What if it comes in a way that leaves you in splits?

Say, the hero has left the supposed villain sweltering in a Turkish bath to rescue the heroine he suspects is confined against her will but she doesn’t appear grateful, or the parties make up in a cupboard in which they have been sent as punishment by their former nurse, who still believes (and treats them) they are children.

For this, we must dip into the hillarious corpus of P.G. Wodehouse. These stories – “A Slice of Life” and “Portrait of a Disciplinarian” respectively – figure in “Meet Mr. Mulliner” (1927), where you can also find what atypical actions love can lead you to do in “The Romance of a Bulb-Squeezer”.

And then who is the most successful love champion you could find in fiction? Going by sheer number of carnal exploits, it is that arch-scoundrel, cad and lecher, Sir Harry Paget Flashman, a bit player from “Tom Brown’s Schooldays” who gets his own series courtesy George Macdonald Fraser.

At one stage, Flashman, who gets embroiled in almost all major events of the 19th century, counts up his sexual conquests, “not counting return engagements”, and reaches a total of 478 – and at the moment is a dungeon in Gwalior during the 1857 Indian revolt! Since he is is just at a little over a third of his long and eventful life, it must have been considerably augmented, and would include two Indian maharanis, queens of Ethiopia and Madagascar and an imperial concubine who would later become the empress of China. The fictional ones range from assorted noblewomen, African-American slaves and a daughter of Apache chief Mangas Colorado.

You could find much more extraordinary happenings – to paraphase Shakespeare, there is more in books and stories that can be dreamt in your philosophy. So celebrate Valentine’s Day as you like but include reading a book.

(Vikas Datta is an Associate Editor at IANS. The views expressed are personal.)