They came to power through blood and suffering and bowed out in blood and upheaval. But in the over three centuries that they ruled, their medium-sized realm on Europe’s far fringes rose to become a multi-continental power that influenced — and still does — the course of developments far beyond its borders and whose governance continues to bear their stamp.

Taking over a war-ruined principality, the Romanovs ended up with dominion over a sixth of the world’s land over three continents — the third-greatest empire ever after the British and the Mongols, though the second by contiguous territory — accumulated painstakingly over centuries. And then they lost it irretrievably within about a decade, following reverses in war and revolution fuelled by repression.

How they achieved both these feats is engagingly and masterfully told here by acclaimed British historian Simon Sebag Montefiore.

But why should we focus on the Romanovs, as even the Bolsheviks, who stormed to power after them, are gone too? This is because their story, he says, is “also a portrait of absolutism in Russia — and whatever else one believes about Russia, its culture, its soul, its essence have been exceptional, a singular nature which one family aspired to personify.”

Montefiore, who has biographies of a prominent representative of the dynasty and Stalin to his credit, among others, combines rigorous research and inspired story-telling to present the colourful (and sometimes dark) pageant of the dynasty’s tsars and tsarinas — some enlightened and some despotic (or both), some touched by genius and some by madness or sadism or a raging sex drive, but all autocratic, ambitious and decadent. 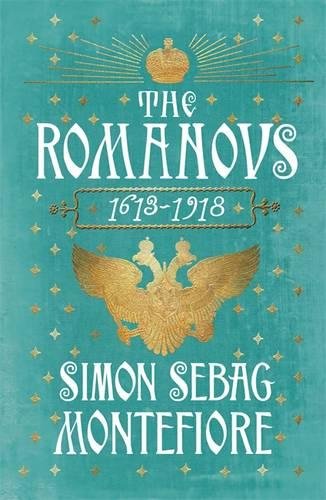 Along with them are the others who defined the course of their rule — the religious patriarchs, administrators, diplomats, explorers, generals, police and spy chiefs, courtesans, as well as hostile foreign potentates, rebellious subjects and other disgruntled elements (including family) in a whirlwind of debauched excesses, conspiracy and coups, assassinations and torture, and wars and revolutions.

And the record of Romanovs, as Montefiore shows, bears testimony to Alexander Pushkin’s observation (in “Boris Godunov”): “Heavy is the cap of Monomakh” — referring to the headgear of the Prince of Kievan Rus, the forerunner of the Russian state.

This is exemplified, as he goes on to recount, with the dynasty’s founder — Michael I, a 16-year-old who wept when a delegation came to offer him the crown in 1613 — to its last ruler, Nicholas II, who was also reluctant to rule, and went on to meet a tragic fate along with his wife and children in a dark, dank house basement far from his glittering palaces in 1918.

But the Romanovs were never only marked by their male members, be it larger than life figures like the towering Peter the Great (1682-1725), for their women did not merely exercise influence behind-the-scenes or as regents for minor sons, but as rulers too. Most of the 18th century after Peter saw the rule of four empresses, who out-manoeuvred, ousted or even eliminated their male co-rulers/consorts.

But what keeps his account from becoming a mere tale of rulers, battles and other historical facts is his eclectic approach, and vividly colourful and relatable turns of phrase.

Take Peter the Great, who takes up quite a bit with his literal hands-on approach to strengthening and modernising his realm. Along with him feature his grotesque “All-Mad All-Jesting All-Drunken Synod”, a “half military headquarters and half drunken carnival” with its obscene religious titles (“Archdeacon F***-off”). Montefiore describes him as seeming “like a terrifying circus master presiding over a seventeenth-century version of a decadent rock band on tour”.

Others get the same treatment.

History at its most entertainingly lurid yet incisively instructive, Montefiore’s tome is also an apt reminder that the past continues to influence the present, whatever be the differences in form or ideology and we only forget or ignore it at our peril. (IANS)