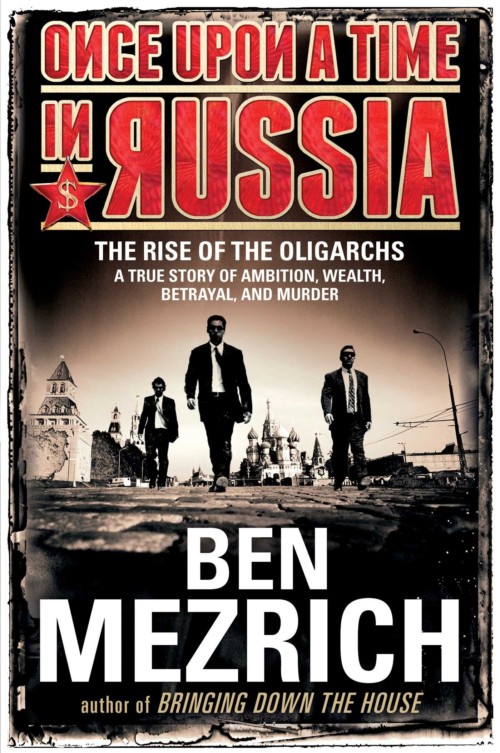 Close links between politics and big business is common in all modern polities, and marked by a heavily symbiotic but mostly surreptitious nature. However, the balance may sway disproportionately in countries moving from authoritarian and command systems to that of democracy and the market, and it is here occur its most extreme manifestations. Post-communist Russia and its ‘oligarchs’ was a perfect example.

And it is the story of one of the earliest, notorious, and larger-than-life oligarch – Boris Berezovsky that American author Ben Mezrich tells here. As the subtitle says, his story is truly a tale of ambition, wealth, betrayal, and murder – all on a large scale – and a tragic ending for him, and several others too.

As Mezrich brings out, it was not only huge business deals that made Berezovsky wealthy and notorious but his foray into media, high politics and even security, where he even trumped the Russian state by ensuring the release of several persons, including foreigners, captured by Chechen insurgents.

But the high-flying businessman, who survived an assassination attempt and was reportedly targetted in another, was not immune from hubris. Not only did he fatally overreach himself, but equally fatally, overestimated the steel will of a mild-looking man he helped propel to high office. And then nothing he could do could restore his status he once enjoyed, or enable him to return home.

In telling Berezovsky’s story, Mezrich, known for his books on a band of MIT students who made millions in Las Vegas casinos, and on Facebook founder Mark Zuckenberg (both of which became movies – “21” and “The Social Network” respectively) among others, uses his same dramatic format to tell a complicated story here.

He notes that his work is “a dramatic narrative account based on numerous interviews, multiple first person sources – most of whom have asked to remain anonymous – and thousands of pages of court documents. In some instances, settings have been changed, and certain descriptions have been altered to protect privacy.” And the dialogue, based on recollection of participants and other documentation, is re-created than verbatim to communicate the substance.

The narrative unrolls through a series of vignettes spanning nearly a quarter century and from the Moscow of Mikhail Gorbachov to that of Vladimir Putin, via certain haunts of mega-billionaires

It is not linear too, and starts from roughly midway when in July 2000, the new Russian leader summons 18 prominent oligarchs – most of whom had a hand in selecting him for the post and helping him to attain it – for a meeting at a suggestive but ominous venue: the suburban Moscow home of Stalin.

They are are also not prepared for the change in the demeanor of the President, who though unnamed is clearly identifiable (“…. Short of stature, five foot seven at the most, with thinning hair, pinpoint eyes, a narrow, almost daggered jaw, his presence was somehow well beyond the amalgamation of his parts”), nor for the new strict rule he lays down – from now on, remain businessmen only.

Berezovsky is one of the few who ignore the advice – despite the advice of well-wishers and business partners – to their peril. What he does and what happened to him subsequently is the crux of this rivetting but sobering story, which also recounts his career in Boris Yeltsin’s Russia where he began from a company making software for a leading Soviet-era car manufacturer, selling Soviet-made cars and servicing foreign cars.

It is however not the story of Berezovsky alone whose life ended in a London court long before his physical death, but of the others whose paths crossed his, with usually adverse effects for them, especially business partner Arkady ‘Badri’ Patarkatsishvili, and former security agent Alexander Litvinenko, who met a painful end after drinking tea sprinkled with radioactive polonium. Businessman Roman Abramovich was luckier – and vindicated.

Moving from upmarket clubs, swanky resorts and yachts, presidential offices and courts, entailing handing over suitcases of dollars, special forces forcing businessmen to heel, intimidations and assassinations, the story shows business at its most unsavoury and ambitious but also ultimately powerless before the state. This is its real significance and main lesson. (IANS)