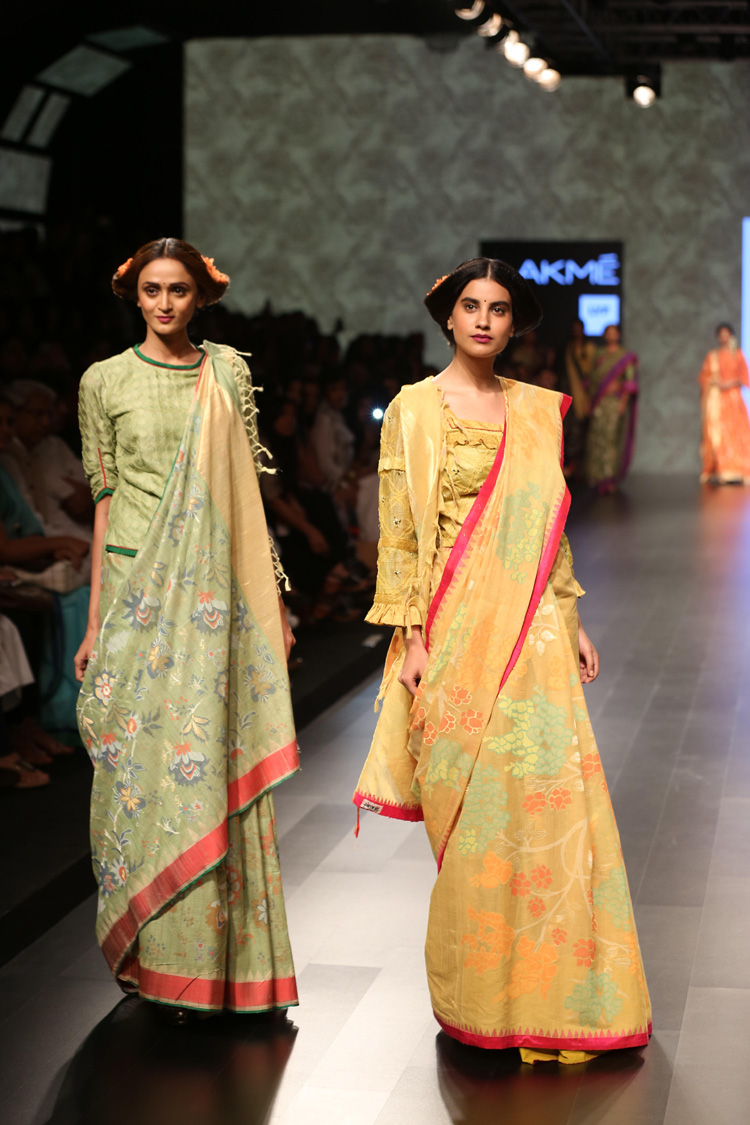 Mumbai– It is a rare sight to see Bollywood tracks being played in the backdrop on the fashion runway, but designer Gaurang Shah is known for doing his presentation differently. He not only showcased the best of handloom designs but opted for some old classics as music to set the note right for his show at Lakme Fashion Week (LFW) Spring/Summer 2018. 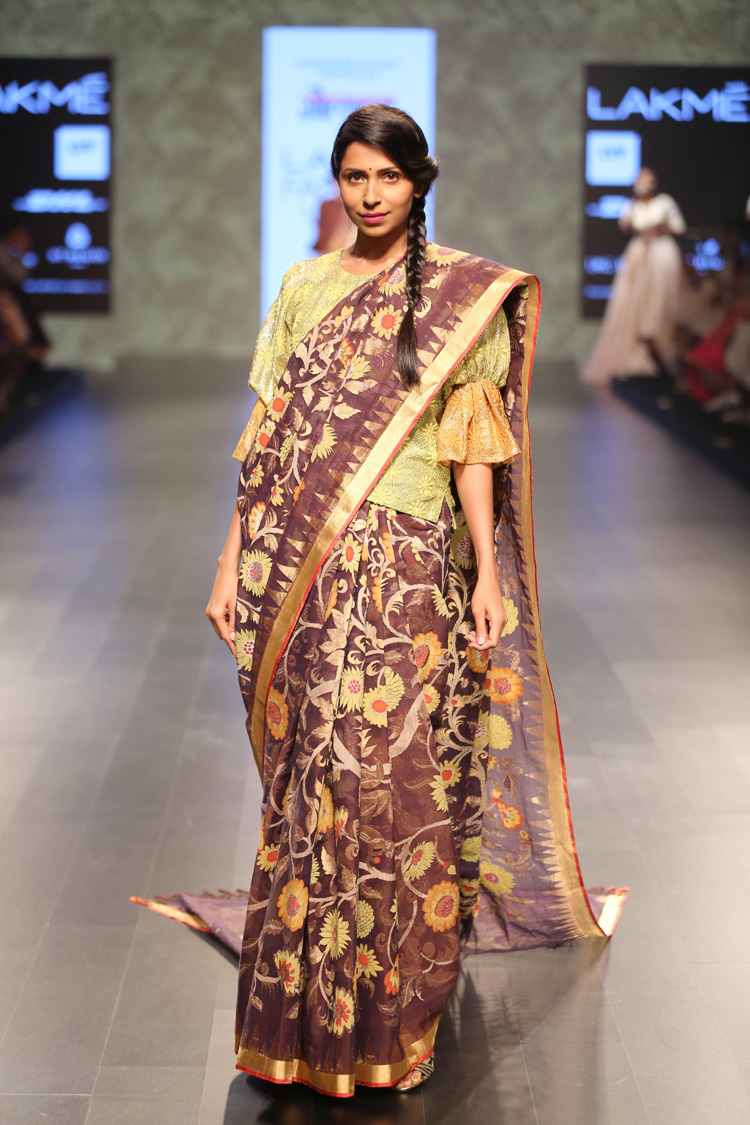 “Every time I try to do something different and create a story. These old songs were stuck with me and I wanted to use that so I did that with jungalbandi of kathak along with flute , table,” said the designer.

Gaurang’s ‘Neel’ was a line up of 44 woven indigo themed handwoven masterpieces that included women’s and men’s wear at LFW. The show also witnessed unique twists to bandhani and brought back ‘hath-katti’ technique after five decades.

There was a visual treat of diverse shades Indigo dye (natural dye) that has been a cultural symbol of Indian textile art for centuries.

“With about 50 species of Indigo cultivation, the variety in the shades of indigo that the Indian soil can make is unparallel in the world,” Gaurang says citing the inspiration behind his ‘Neel’ collection – a range of weaves and techniques that use indigo which consists of 44 looks.

“Combined with other natural dyes, Indigo makes an astonishing range and intensity of colours which no synthetic dye can match,” added the designer.

It took many months for Gaurang and his team to make blue colour out of green leaves that needed precision of temperature, timing and skill in creating specific hues using natural pigments.

Gaurang worked on the collection for one-and-a-half-years. Procuring hand spun yarn from various clusters in India, all the Indigo dying has been done in the interiors of Gujarat where the various shades have been achieved using a tedious process of more than 30 days to get one shade of Indigo.

An array of Indigo shades has been achieved and has travelled to various textile clusters to incorporate in niche weaves and textile art.

Taking a step further in the weaving technique of Jamdani, Gaurang has incorporated these textures and shades of indigo in weaves of kota, benaras, patan patola, khadi, Dhaka.

Another interesting feature of Gaurang’s ‘Neel’ was the reverse dying technique in bandhani with unique modern twists.

Binding the various textile arts of India in rarest dye, the collection comprised of anarkalis, lehengas, kurtas, ijar pants, ghararas and saris which are apt for summer destination weddings. (IANS)