Vinay Jain: I feel ecstatic about warm embrace from audience

“I feel ecstatic about this warm embrace from the audience. It’s very reassuring when everyone’s arduous efforts find acceptance and appreciation,” he said.

According to him, due to its longstanding popularity, the reach that ‘YRKKH’ has is immense. “The acknowledgement and love one is getting from the audience as a result of that is truly overwhelming. This show is definitely a significant milestone in my career,” he said.

He is also being showered with praises. By far the best compliment the actor has received is, “It just doesn’t seem as though you are acting. Your performance is too real!”

According to him, relationships are the core of this show. “The fact that the makers of this show handle the ever-changing equations so deftly and the audience can connect with it so closely, speaks volumes for the proficiency of the makers and the sensitivity of the audience,” he said. 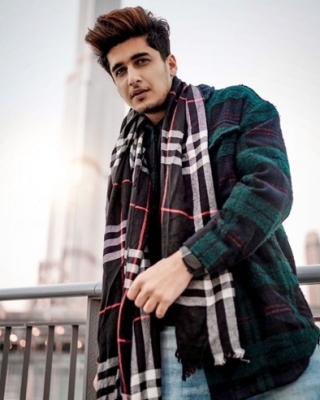 Bhavin is in Shimla these days and busy shooting for his movie. “I am all excited for this big project and I cannot wait for the shoot to start. From watching mega movies to getting this big opportunity to work on such a grand project, this is truly a dream come true for me. I hope I will be able to do justice to my role and the people who love my work.”

‘Ishq Pashmina’ is written and directed by Arvind Pandey, produced by Krishna Shanti Production House and stars Malti Chahar, Zareena Wahab and Bijendra Kala in prominent roles. The music of the film is composed by Sham-Balkaar and Shashwat Prakhar Bharwaj. 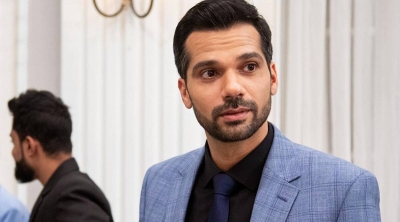 Neil said, “It was a great experience for me. Aniruddha Roy Chowdhury plays with the spontaneity of an actor that keeps you always on your toes and allows you to explore a lot more as a performer.”

“There was a creative synergy from day one. We all had a blast shooting the film, and I must say it was one of those films where you find it hard to bid goodbye. I am looking forward to its release because it is a special film for me,” added the actor who has worked in ‘Shaitan’, ‘NH10’, ‘Lust Stories’, ‘Ungli’ and others.

‘Lost’ is an emotional investigative drama that talks about media integrity in today’s time, with Yami Gautam in the lead.

Talking about how elated she is on the show crossing the 100-episode mark, Disha said: “Feels like it was only yesterday when I was first approached to play Priya in the show and now it’s been a hundred episodes already! With time, our character arches have beautifully evolved. Priya has given me a new meaning in life. She has given me so much love from the audience and even from my family members. It’s absolutely unbelievable that we are a hundred episodes old already!”

Nakuul also echoed the feelings of his co-star saying: “It’s definitely a milestone and the journey has been beautiful and exciting. Ram is a very special character and I have loved bringing him alive onscreen for the viewers. Through my travels in the last few weeks, it’s been overwhelming to receive the love I have been getting for the show be it London or Delhi. Grateful to the wonderful ensemble I get to jam with each day on set.”

“I want to thank our fans for supporting our journey and for helping us reach here. Here’s to a hundred, even a thousand more episodes! May we always stay in the hearts of our audiences and may we keep giving them reasons to keep coming back to #RaYA,” he concludes.

‘Women can be more confident when people boost their confidence, not point out flaws’

Mumbai– ‘Taarak Mehta Ka Ooltah Chashmah’ actress Priya Ahuja Rajda is known for playing Rita in the show. She has been an advocate for women’s empowerment. The actress spoke about how confidence can be subjective in different women. 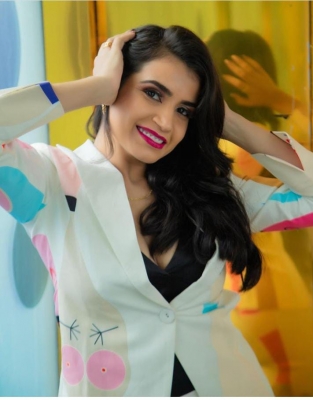 She says: “I don’t think there can be one factor of women to be confident about their lives maybe every woman have a different factor to stay happy and confident in the lives and you know somebody would be a fitness freak, somebody’s height or somebody’s attitude and I don’t think one factor can define your confidence it will be like a combination.”

The actress adds further that for any woman to be confident it is important that people around her should stop pointing out her flaws.

“Maybe somebody’s upbringing is so strong and beautiful like they’ll feel beautiful in any shape or size you know and I think it depends on a lot of factors and I feel like women can be more confident when people around them boost their confidence, not comment on their flaws,” she adds. (IANS)