Mumbai– Actress Vidya Balan took to Instagram to reveal ethnic and sassy sides of her persona in a new video, carrying off both avatars with a dash of glamour.

The actress alternatively wears a yellow anarkali suit and a bottle green glittering gown to make two different style statements as she sashays for the camera.

She captioned the video as: “When people tell me I only wear Indian… Snap!”

Vidya will next be seen in “Sherni”, for which she has been shooting in Madhya Pradesh. The film is being directed by Amit Masurkar.

Daisy Shah: There is unmatchable pleasure in feeding stray animals

Mumbai– Actress Daisy Shah is an animal lover and often feeds strays. She says that she always carries food with her when she ventures out.

The actor was recently seen feeding the stray dogs and cows in Andheri.

“I often feed the strays I come across, as and when I can. I actually have a box of dog biscuits in my car wherever I go. So, if I stop at a signal or if I am walking from my car to someplace and I see these adorable animals, I always feed them. There is unmatchable pleasure in doing so,” she told IANS.

The actress says that proper segregation of garbage needs to be done in order to make sure that animals don’t consume the wrong things.

“One needs to understand that stray animals require to eat as well, so they try to fish out food from wherever possible. Many a time it lands up being from the big garbage bins that are around the city, which are provided by the BMC. The government has surely done its bit in keeping our city clean by providing us with these garbage bins, but people are yet unaware of segregating their garbage correctly.”

The actress urges people to divide their garbage properly so that it can be disposed off in an appropriate manner.

Mumbai– Singer Neha Kakkar has shared that she has a big surprise waiting for her musician brother Tony Kakkar at home. 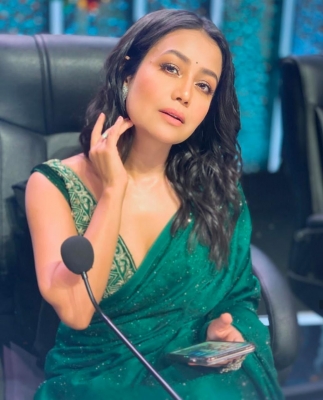 Neha posted a video on Instagram, where she is seen getting a cricket pitch prepared in the backyard of her home.

Earlier this month, Neha, who is ruling the roost with an array of superhit songs including “Aankh marey”, “Dilbar”, “O saki saki” and “Garmi”, spoke of her upcoming music video “Majaneya”, starring telly-couple Rubina Dilaik and Abhinav Shukla.

Nushrratt posted the monochrome picture clicked by Akshay on Instagram. In the image, she is seen looking at the lens and smiling.

“Classic… captured by @akshaykumar #RamSetu,” she captioned the image.

The two stars are currently busy shooting for Ram Setu. This will be the first time Nushrratt will be seen sharing screen space with Akshay. The film also stars Jacqueline Fernandez.

Ram Setu is directed by Abhishek Sharma and is produced by Aruna Bhatia and Vikram Malhotra. A major portion of the film will be shot in Mumbai.

Mumbai– Bollywood actor Kartik Aaryan has shared his funny side effects after recovering from the novel coronavirus. Kartik posted a picture on Instagram on Wednesday doing a handstand, dressed in grey sweatshirt and pants.

On the work front, Kartik is currently shooting for his upcoming horror comedy film “Bhool Bhulaiyaa 2” where he features alongside Tabu and Kiara Advani.

The film is a follow-up to the 2007 film “Bhool Bhulaiyaa” and is slated to hit theatres in November.

Besides this, Kartik will also be seen in the film “Dhamaka” which will release on OTT.

SRK’s sarcastic reply to fan curious about his underwear colour

Mumbai– Bollywood superstar Shah Rukh Khan on Wednesday had a sarcastic response for a fan who enquired about the colour of his innerwear. Shah Rukh was engaged in a fun interactive session with fans on Twitter when this happened. 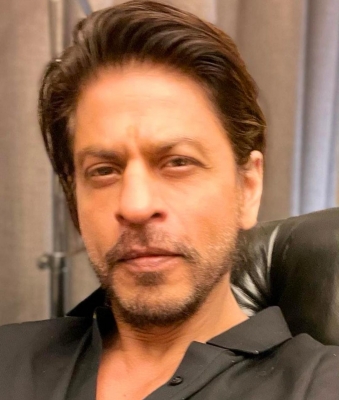 “I only do these #asksrk for such classy and educated questions,” SRK replied to a fan who tweeted, “Sir what’s ur underwear color?? #AskSRK.”

Shah Rukh responded to any other questions from fans during the #AskSRK session. More weird questions followed, which the actor tackled with his trademark humour and sarcasm.

A fan asked the actor why he takes a lot of time while using the washroom, to which SRK replied: “Will send you a video…. ur inquisitiveness and yearning for learning is very touching.”

When a fan asked what does wife Gauri love about him, the actor replied: “That I cook and clean and look after the babies. And I guess being so handsome helps too…”

Replying to a fan who accused him of being egoistic, the actor said: “Nahi yaar main itna Great hoon mujh mein bilkul ego nahi hai!! Ha ha. (No buddy, I am so great I don’t have ego issues).”

When a fan asked why he didn’t meet them at his residence Mannat on his birthday in November, SRK mentioned the ongoing Covid-19 pandemic. He wrote: “Hope the virus is contained and we are all back to normalcy. I miss you all on my birthday.”

The actor slammed another fan who asked for tips to “patana” or impress girls. Shah Rukh wrote: “Start with not using the word ‘Patana’ for a girl. Try with more respect gentleness and respect.”

Surbhi has been sharing pictures of her getaway. In a new set of pictures she is seen dressed in a stunning bikini top and a skirt as she poses for the camera.

She captioned one of the images as: “Trippy and hippie.”

Surbhi gained visibility on TV with ‘Qubool Hai’ when it was first telecast in 2012 and ran till 2016.