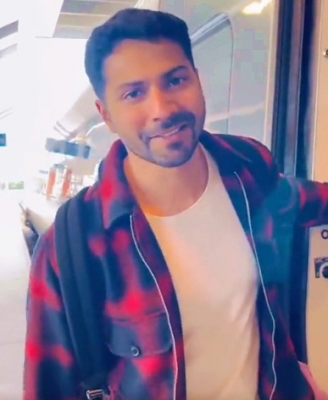 Mumbai– ‘Bawaal’ which stars Bollywood stars Varun Dhawan and Janhvi Kapoor is currently on the floors. This will be the first time when Varun and Janhvi will be working together. The makers of the film recently dropped a video of Varun Dhawan where the actor can be seen announcing the location of Bawaal’s next schedule.

Taking to social media, the producer of the film Sajid Nadiadwala shared a video of Varun Dhawan. In the video, Varun says that the team of ‘Bawaal’ along with him will now be heading to Warsaw, Poland, for the commencement of the next schedule.

The caption on the social media post read, “Next stop – Warsaw Time for some more BAWAAL #SajidNadiadwala’s #Bawaal Directed by @niteshtiwari22.”

In the video, as Varun hops onto a train, he can be seen bowing to an old couple and shaking hands with a fan.

‘Bawaal’, produced by Sajid Nadiadwala under the banner of Nadiadwala Grandson, is being helmed by Nitesh Tiwari of ‘Dangal’ fame. The film will drop in theatres on April 7, 2023.

Mumbai– As Akshay Kumar and Samantha Ruth Prabhu are set to grace the upcoming episode of the seventh season of popular chat show ‘Koffee With Karan’, the two are expected to unleash a laugh riot on the show given Akshay’s quick wit and Samantha’s sense of humour. 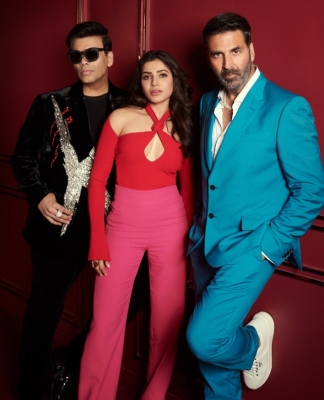 The third episode’s teaser hints at a lively potboiler of glamour, secrets and witty one-liners delivered by the two celebrated guests. Akshay Kumar makes his entry in true Khiladi fashion, carrying the show’s debutant Samantha Ruth Prabhu in his arms. The episode marks his third appearance on the show.

Touching upon the controversial Chris Rock-Will Smith Oscars slapgate, show host Karan Johar candidly asked the Khiladi of Bollywood, “What would you do if Chris Rock made a joke about Tina?” To this, the show veteran pragmatically replies, “I would pay for his funeral,” he says while suggesting that no one gets to mess with his wife Twinkle Khanna.

For Samantha Ruth Prabhu, who makes her debut on the show, the host cleverly weeded out her preference for the best dancer in the industry by asking, “If you had to host your best friend’s bachelor party, which two Bollywood hunks would you hire to dance?” To this, the leading lady in a heartbeat said, “Ranveer Singh, Ranveer Singh.”

Hyderabad– Popular Malayalam actress Samyuktha Menon who is the latest south sensation has been making news with her latest photoshoot. 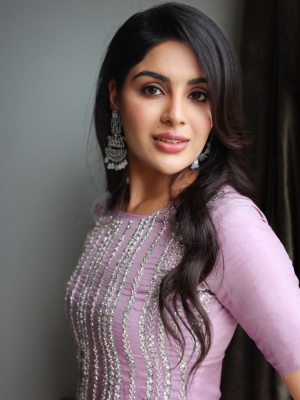 Making her film debut in 2016 with the film ‘Popcorn’, Samyuktha gained fame with her performance in the super hit film ‘Theevandi’. In 2021, Samyuktha impressed the audience with ‘Vellam’ and ‘Aanum Pennum’ for which she was honoured as the Best Actress by Kerala Film Critics Award.

In 2021, Samyuktha Menon made her Telugu debut with Power Star Pawan Kalyan’s blockbuster hit ‘Bheema Nayak’, in which she played the female lead opposite Rana Daggubati, receiving accolades for her dynamic performance in the film.

Samyuktha Menon who bagged a blockbuster in 2022 with Prithviraj’s Kaduva is now gearing up for exciting movies – Dhanush’s bilingual film Vaathi / SIR, and Kalyan Ram’s extravaganza Bimbisara and Gaalipata 2 in Kannada.

Mumbai– Actress Sayli Salunkhe known for her roles in ‘Mehendi Hai Rachne Wali’ and ‘Chhatriwali’, is now seen in the show, ‘Bohot Pyaar Karte Hai’. Sayli talks about drawing inspiration from her friend’s mother who is an RTO officer. 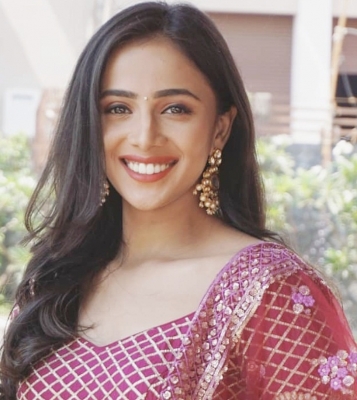 Sayli says: “When I got to know that I’m going to portray Indu who is an RTO officer, the first thing I did was to call my best friend’s mother who is an RTO officer. I am familiar with her working style, daily routine, and most significantly, her demeanour. I’ve spent a lot of time observing her, and her personality has inspired me immensely.”

She tells about preparing herself for the role: “I’ve visited her office where I observed how she interacts with people. Whenever there’s any difficulty, I always call her up. She also corrects me wherever I go wrong.”

“Additionally, my dad is also very supportive and rectifies me wherever I go wrong,” she adds.

It is a love story between Ritesh Malhotra(Karan) and Indu (played by Sayli Salunkhe). The story revolves around Indu, who felt that life was unfair to her until she met Zoon (Kiara Sadh), a new-born orphaned baby and decided to nurture her. (IANS)