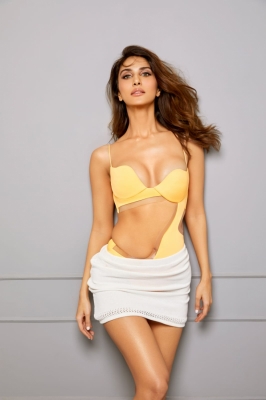 Mumbai– Actress Vaani Kapoor says she wants to deliver strong performances on screen and feels that her upcoming film ‘Shamshera’ is that perfect vehicle for her.

Vaani, who will be seen in a drop dead gorgeous avatar in ‘Shamshera’ in which she plays the role of a performer, says, “‘Shamshera’ is a theatrical experience like no other and I’m really happy that we have a release date that tells audiences that we are coming to entertain them with a story and a spectacle that will hopefully touch the hearts of every cinema lover across the country.”

She adds, “‘Shamshera’ is a film that is extremely close to my heart and each one of us have given our best to make it a film that everyone, across all age-groups, will enjoy.

“Coming out of ‘Chandigarh Kare Aashiqui’, I wanted to give audiences a performance that they will again hopefully love. I want to deliver strong performances on screen and ‘Shamshera’ is that perfect vehicle for me.”

About her character in the much-awaited action entertainer ‘Shamshera’, Vaani says, “I’m really excited to play the role of a performer who dances her way into the hearts of people and I have some amazing songs to perform on. I’m hoping that all the songs of ‘Shamshera’ become a huge success too. It’s a product of our love, sweat and hard work.”

Vaani is paired opposite superstar Ranbir. The Karan Malhotra action extravaganza that has been produced by Aditya Chopra, is set to release in Hindi, Tamil and Telugu on July 22.

Mumbai– Actress Bhumi Pednekar, who plays a lesbian in the recently released ‘Badhaai Do’, says when one chooses a sensitive film or a character, you want a large cross-section of the audience to enjoy the film because that’s how one brings positive change in the society. 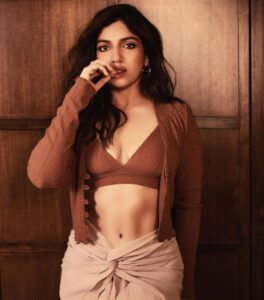 The versatile actor said: “When you choose a sensitive film or a character like ‘Badhaai Do’, you want a large cross-section of the audience to enjoy the film and be entertained because that’s how you bring about positive change in society.

“It is so heartwarming to see that the media has appreciated my performance and the film so much. It is overwhelming to see the review of audiences pouring in after watching this special movie.

“In the digital age, you get feedback in an instant because of social media and my phone hasn’t stopped buzzing due to all the lovely praise for the film and my performance from people who are getting moved by the subject of Badhaai Do. We wanted to highlight a reality that exists so that people can rally together and request for a necessary change to happen.”

Bhumi is happy that ‘Badhaai Do’ has started a conversation about the need for change and is hopeful that it will create a positive impact on the minds of audiences.

She said: “I’m thrilled with how the film has sparked a conversation and I hope in the days to come, it reaches out to a wide set of audiences with the strong praise that the film is carrying currently. For me, I always want to do projects that have its heart in the right place and Badhaai Do has that in spades.

“My character, Sumi is very special to me because I have never played myself this raw. I hope I have, in a small way, contributed to widening the mindset of people towards the LGBTQIA+ community in India. Their issues are our issues.

Mumbai– Bollywood superstar Madhuri Dixit is making headlines these days with her digital debut with the web series ‘The Fame Game’. The show is all about a successful actress who has all the luxuries but along with this her life holds a plethora of secrets. 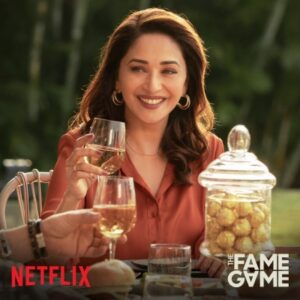 The actress talks about her OTT debut and her love for acting. She recalls her journey as an actress and what keeps her motivating after so many years.

She says: “I think, one never really gets tired of playing different characters. I love to get into the skin of every character I play. And it’s always exciting when you get a role, which has a gamut of emotions to deal with. You know, one that has ups and downs in their life because it’s such characters that challenge you to do better, rise above, and keep you on your toes.”

After winning the hearts of movie buffs and giving a number of hit movies, Madhuri still feels that there is a lot to learn and she is still a student.

“I think for me, I have always been a student of cinema. And whenever I do a project, I try to rediscover or discover something new in a character which I can portray and do better than my previous performance,” she concludes.

Mumbai– Actress Tanya Hope played the female lead in Magizh Thirumeni’s Tamil film ‘Thadam’ alongside Arun Vijay and Vidya Pradeep. Now that the film is being remade in Hindi with Aditya Roy Kapur and Mrunal Thakur, Tanya is happy with it. 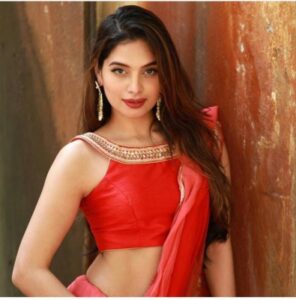 “I think ‘Thadam’ was one of the best movies I’ve seen as an audience. So, I’m glad it’s being remade. It’s such a mind-boggling story. I’m so glad I was a part of the original film,” she says. Tanya shares that while shooting for the film she did not know much about the story. She went with the flow.

“I just trusted our director Magizh Thirumeni. I had a gut feeling about the film and he’s such a confident professional that I came on board to do the film without hearing the story. When you trust the people you’re working with then you never feel unsure about coming onboard,” she adds.

The actor is okay with remakes. “There are some fantastic stories being made and I’m happy they’re being made in different languages and reaching out to a larger audience. I have done a remake of a Bollywood movie in Tamil too. It was the remake of ‘Vicky Donor’, which was called ‘Dharala Prabhu’. That film also did quite well. I played the role that Yami Gautam played in the original. So, if the movie is good, why not remake it to expand the exposure,” she says.

Tanya, who debuted in 2016 with the Telugu film ‘Appatlo Okadundevadu’ was keen on working in Bollywood. She is looking forward to her debut but things are yet to fall into place. But, the actor is not losing hope.

“I believe everything happens in its own time. I’ll be acting as long as I’m alive. It’s the vocation that’s important to me and the more work I do in different languages, the happier I am. The larger my audience, the happier I am. My Bollywood debut will happen when it has to, when the time is right,” she ends.

Mumbai– On the occasion of Valentine’s Day, the makers of pan-India film ‘Gurthunda Seethakalam’ released the trailer on Monday. The film’s actress Tamannaah Bhatia says a romantic drama demands one be more empathetic and soft. 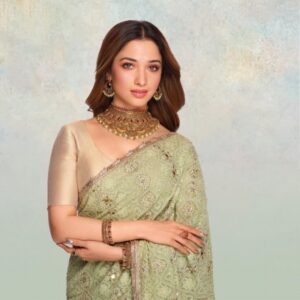 Starring alongside Satyadev, the film will narrate the story of finding true love in today’s age and era.

While sharing her excitement, Tamannaah said: “There is a certain charm in the love story, ‘Gurthunda Seethakalam’. It makes you connect to the characters instantly. Working on the film with Satyadev was an incredible experience.

“A romantic drama demands you to be more empathetic and soft, and I had the best time exploring the same nuances as an actor.”

He added: I am really looking forward to the film’s release because I am sure it will resonate with the audience.”

Apart from ‘Gurthunda Seethakalam’, Tamannaah has ‘F3’ and ‘Bhola Shankar’ in the South and ‘Plan A Plan B’ and’ Yaar Dost’ in Bollywood.

Tejasswi Prakash on why ‘Naagin’ franchise is a hit: ‘It’s pleasing to the eye’

New Delhi– ‘Bigg Boss 15’ winner Tejasswi Prakash is the lead of the popular supernatural show ‘Naagin’. The actress says the reason behind its popularity is because it is pleasing to the eye, very beautiful girls have done it and it is just very interesting with all the twists and turns. 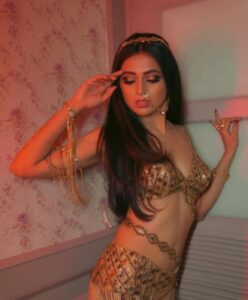 Talking about the gaining popularity of ‘Naagin’, Tejasswi in a conversation with IANS said: “I think it is very different. I think it has got a good balance of proper daily soap but with whole supernatural powers. I think it is pleasing to the eyes. I think very beautiful girls have done it and I think it is just very interesting with all the twists and turns.”

The actress then went on to speak about the supernatural genre being liked universally.

“Because it is different. People always want to watch these larger than life things and just how amazing it would be if it was real. Just the thought of that intrigues us. That is not just about Naagin but any supernatural show.”

“As a kid I would keep watching Harry Potter and wonder if this was realï¿½ So, just the fact that you don’t see it in your real life but always kind of hope it was real makes it interesting.”

What kind of pressures does Tejasswi feel headlining a show like ‘Naagin 6’?

“So, of course it makes me nervousï¿½ because I am in the sixth season and there have been such brilliant seasons of Naagin. But whatever is in my hand is just the fact that I have to work hard and give my hundred per cent.” (IANS)