Urvashi Rautela is inspired by Kareena Kapoor in her new video

Urvashi took to Instagram and shared a video where she sways with music. She is dressed in a white blazer and blue shirt, and she completes her look with bold red lips and hair tied in a neat ponytail.

Alongside the picture, she wrote the famous dialogue mouthed by Kareena as Poo in the film: “How dare you ? ‘Tumhara koi haq nai banta ki tum itni khoobsurat lago’ (you have no rights to look so beautiful) Not fair : Poo Kkkg… #channellingmyinnerpoo.”

Urvashi, recently shared that she misses her mathematics classes.

Mumbai– Actress Karishma Tanna, who got operated for an ingrown nail amid the nationwide lockdown, did the inverted yoga pose with her injured foot.

Karishma took to Instagram, where she shared a photograph of herself doing the complicated yoga pose, but this time taking the help of a wall.

“Can’t stop Won’t stop #nopainnogain #strength#yogapractice #quarantine,” she wrote alongside the image, which currently has over 176K likes on the photo-sharing website.

She later took to Instagram Stories, where she shared a photograph that shows her baking muffins.

She wrote on the image: “Trying to bake banana muffin… Though I am one short. Hehe.”

Earlier, Karishma, who is known for her roles in TV shows like “Naagin”, “Kyunki Saas Bhi Kabhi Bahu Thi”, “Naagarjuna: Ek Yodha” and “Qayamat Ki Raat”, took to Instagram Stories and shared a video of herself and the doctor bandaging her toe.

On the work front, she is currently part of the action reality show “Fear Factor: Khatron Ke Khiladi 10” (KKK 10), which has been shot in Bulgaria.

Mumbai– Actress Neha Dhupia and her daughter Mehr turned to art on Monday.

Taking to Instagram, Neha shared a photograph that shows her and her little girl playing with paint.

“Piece of (he)-art,” she captioned the image.

Netizens were amused to see paint splattered all over Mehr and Neha.

Reacting to the picture, filmmaker Tahir Kashyap wrote: “hahah so cute. What fun.”

Actress Dia Mirza commented with a heart emoji on the mother-daughter’s adorable snap.

Mehr was born to Neha and Angad Bedi in November 2018.

Rakul Preet Singh’s yoga lesson: Life is all about balance

Mumbai– Actress Rakul Preet Singh says her yoga journey began two years back and since then it has been a joy for her to practice it.

Rakul took to Instagram, where she shared a throwback photograph of her doing a complicated inversion yoga pose and said that life is all about balance.

“Throwback : when the world wasn’t upside down but I was !! My yoga journey Began in 2018 and since then it’s pure joy to do my practice everyday. Life is all about balance. You don’t always need to be getting things done. Sometimes it’s absolutely ok to shut down , kick back and do nothing. @anshukayoga this was the first time I did an inversion,” she captioned the image.

She also shared a photograph of herself having a plate full of fried rice. The actress then urged everyone to “eat simple , nutritious and balanced meals and improve your immunity.”

Recently, she took to Instagram and shared a video where she plays games like “dog and the bone”, “Kabbadi” and “chidiya ud” with her brother Aman Preet Singh.

On the acting front, Rakul will soon be seen in a cross-border romantic-comedy with actor Arjun Kapoor. The film is directed by debutant Kaashvie Nair and produced by Bhushan Kumar, Nikkhil Advani and John Abraham.

Mumbai– Actor Bobby Deol has recited a poem as tribute to Covid-19 warriors.

“It makes me very happy to be associated with this positivity, and I appreciate the way this situation has made us all join hands and come together. Who knew that social distancing could bring people together, with all of us checking up on one another and being there for people emotionally, if not in person,” said Bobby.

“Although these are tough times faced by everyone around the world, it is heart-warming to see how this has brought us together to fight against a common enemy. We can all be a part of this noble fight by just staying at home and being supportive of our frontline warriors,” he added, referring to police force, doctors, nurses, soldiers and NGOs feeding the needy.

Said Sanjay Masoomm: “Chand Roz Ki Baat Hai Yaron’ is just our way of showing respect and lending hope and encouragement to all these Covid warriors who are working day and night to keep us safe, while we stay locked inside our houses. This time of crisis also highlights our biggest strength – unity in diversity – and it was important to underline it.”

Vidya Balan: My phone camera has a mind of its own, likes to #ShootAtSight

Mumbai– Her phone camera has a “mind of its own” and it likes to “shoot at sight”, claims Vidya Balan. 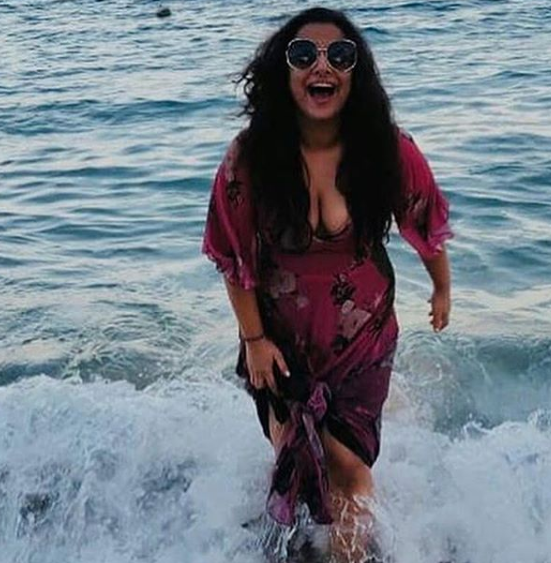 On Monday, Vidya took to Instagram to share a couple of funny videos one in which she can be seen pushing a center table out of frame and in the second she can be seen trying to adjust the pallu of her saree.

“When you have to set the frame yourself and then you see a table corner popping… which I try n push out of frame ,without shifting position. 2 ) And thats me trying settle my saree and hair for the shot … P.S:Both times i was waiting for everything to be in place, before i started recording…but it obviously seems like my phone camera has a mind of its own and likes to #ShootAtSight #LockdownLessons #YouCanDoItOnYourOwn,” captioned the actress.

While comments like “pretty”, “cute” and “adorable” flooded her post, fans also expressed curiosity to know if Vidya is keen on a “Mission Mangal” sequel th might narrate the story of India’s mission to the moon.

Nora Fatehi: Insomnia be creeping on me every time I try to sleep

Mumbai– It could the lockdown effect but actress-dancer Nora Fatehi admits insomnia creeps upon her lately, every time she tries to sleep. 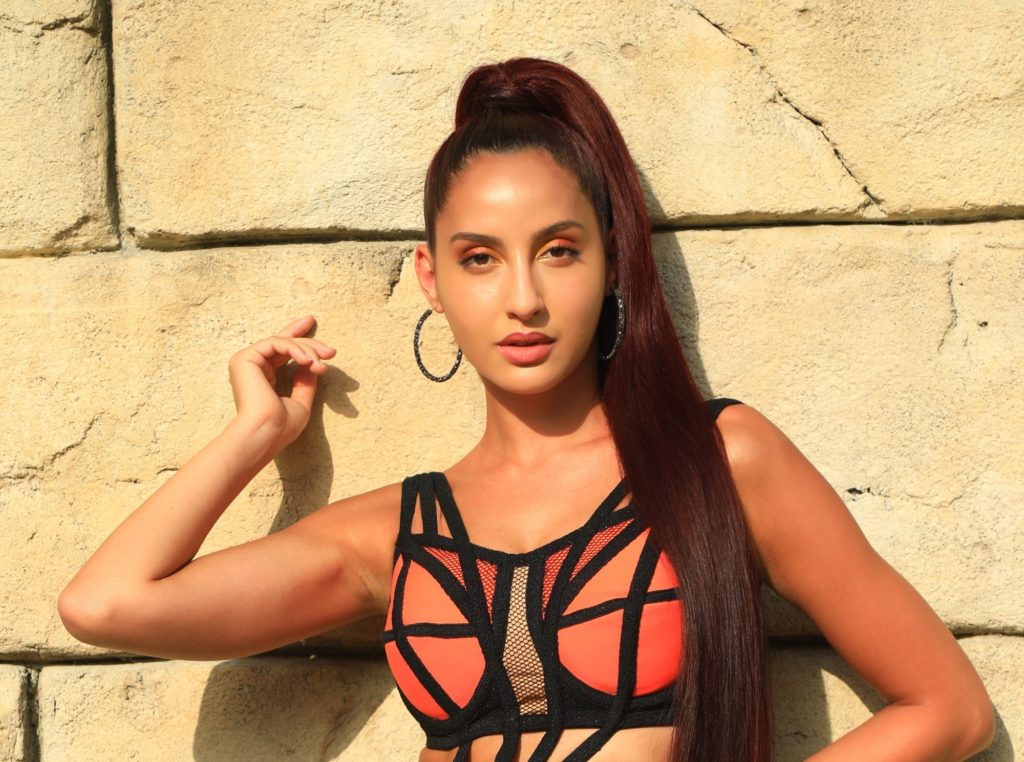 Nora made the revelation in a TikTok video she has shared on Instagram.

“Insomnia be creeping on me every time i try to sleep! Why tho?! anyone else relate? Follow me on tik tok itsnoriana #quarantinelife#insomnia #tiktok #freeme #mood,” she captioned the video, which currently has 1.2 million views on the photo-sharing website.

Recently, Nora shared a video where she flaunts her culinary skills amid the lockdown.

On Instagram Stories, she shared photographs and videos of dishes she prepared for iftaari, the meal eaten by Muslims after sunset during Ramzaan.

In a short time, Nora has established herself as one of the best dancers in Bollywood, with hits such as “Manohari” (“Baahubali: The Beginning”), “Dilbar” (“Satyamev Jayate”), “O saki saki” (“Batla House”), “Kamariya” (“Stree”) and “Ek toh kam zindagani” (“Marjaavaan”), besides her recent hit “Garmi” in “Street Dancer 3D”. (IANS)