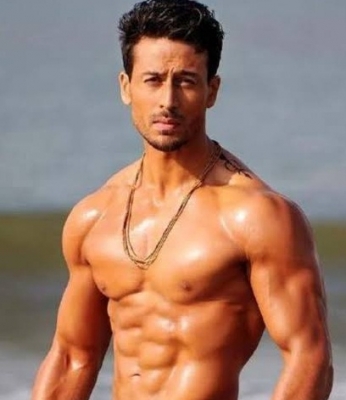 Mumbai– Action star Tiger Shroff has wrapped up the Ladakh schedule of his upcoming film ‘Ganapath’ where he will be seen opposite Kriti Sanon.

The action thriller is being helmed by Vikas Bahl of ‘Queen’ fame.

Taking to his social media, the actor shared a picture from the sets of the film in Leh, Ladakh. He wrote in the caption, “Just wrapped the most challenging sched of my life… can’t wait for you guys to see what’s coming #ganapath (sic).”

Tiger has shot for a challenging set of actions in the Ladakh schedule which requires a certain kind of physicality and training.

Post this schedule wrap, he will start preparing for ‘Rambo’ and then he will get into ‘Bade Miyan Chote Miyan’, the latter two-hero film will bring Akshay Kumar and Tiger together for the first time on screen.

Mumbai– Actress Pooja Hedge has resumed shooting for the Salman Khan-starrer ‘Kabhi Eid Kabhi Diwali’ as she has come back from her trip from the 75th Cannes Film Festival. 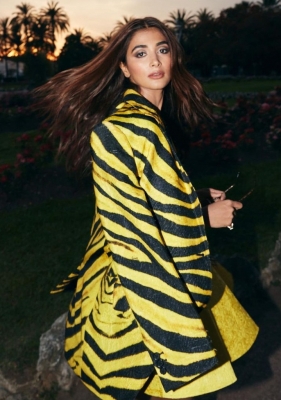 Pooja was in the middle of the film’s first schedule when she was invited to represent India at the annual festival.

With a commendable fan base across cinema of various languages, Pooja has sparked chemistry with the top stars of the industry right from NTR Jr, Mahesh Babu, Allu Arjun, Prabhas, Thalapathy Vijay, and Ram Charan.

Details about her role and the film are still under wraps.

Pooja will also be seen in ‘Cirkus’ opposite Ranveer Singh and ‘SSMB28’ opposite Mahesh Babu. 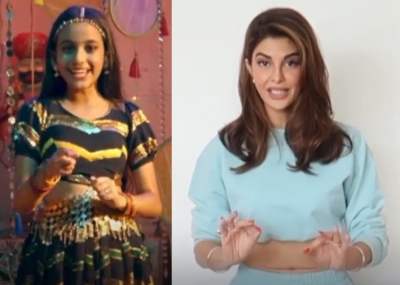 The ‘Kick’ actress took to her Instagram to share a video of herself where she can be seen showing the young talent some of her signature moves, Jacqueline Fernandez opened the platform to Dance Rani, who then added her twists to the thumping choreography. With dynamic energy and joyful spirits, the duo offered the audience a glance at the spectacular dance duet.

In the video, the actress says, “Dance Rani captures every Indian child’s dream of making it big in life and becoming the best of the best. It is her passion and love for the art that keeps her going. After dancing with her, I know for a fact why she is the rani of dance. Catch Dance Rani’s journey as she makes her way to the top on Escaype LIVE, exclusively streaming on Disney+ Hotstar.”

Mumbai– Actress Raai Laxmi who was seen in the music video ‘DJ Been Bajade’ shares about working on a Sajid-Wajid song for the first time. 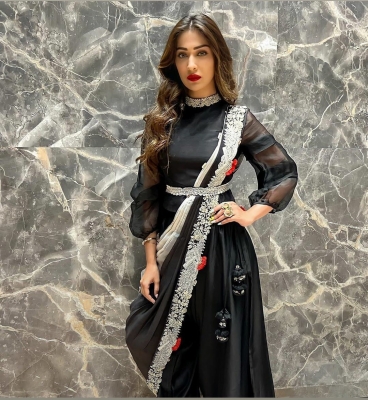 The music video is choreographed and directed by Mudassar Khan and presented by Taaleem Music.

‘DJ Been Bajade’ has been composed by Sajid-Wajid.

Sharing her experience, Laxmi said, “It’s my first time working on a Sajid-Wajid song and it has been really amazing. DJ Been Bajade presents a new genre of Naagin songs that Sajid has created and the song just got me hooked ever since I first heard it. My choreographer for the song is Mudassar Khan and it was my second time working with him.

“He is fantastic as always and his vision is always fun to translate on-screen. This is my first Bollywood single and it’s already trending everywhere. It’s a very peppy number and I just love that I got to explore my dancing skills more here. It was indeed a great experience and the audience’s reception to it has made it better.”

The song is sung by Sajid and Purva Mantri, with lyrics are written by Danish Sabri.

Meanwhile, professionally Laxmi has some interesting projects in the pipeline across four languages and she will also be seen showing her amazing dancing skills in yet another big-budget Tamil film.

Mumbai– The much-awaited multi-starrer film ‘Darlings’ that features Alia Bhatt, Shefali Shah, Vijay Varma among others and is also the debut production of Alia is all set to be released on Netflix. 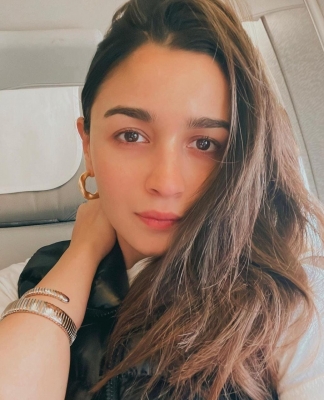 The film is directed by Jasmeet K. Reen and brings together noted music composer and director Vishal Bharadwaj and famed lyricist Gulzar.

Talking about her first film coming from her production house Eternal Sunshine, Alia said, “‘Darlings’ holds a very special place in my heart, it’s my first film as a producer that too with Red Chillies. We are very proud and happy how the film has shaped up and we hope it will entertain and engage audiences the world over.”

Director Jasmeet said, “I couldn’t have asked for a better feature film debut, working with a pool of versatile and talented actors has been an absolute pleasure. I am delighted that Red Chillies and Eternal Sunshine are taking the film across the globe with Netflix.”

The film is produced by Gauri Khan, Alia Bhatt and Gaurav Verma.

Talking about the collaboration, producer and COO, Red Chillies Entertainment, Gaurav Verma shared, “A script nurtured inhouse, and later produced with the incredible Alia, and supported by a stellar cast in Shefali Shah, Vijay Varma and Roshan Mathew, helmed by Jasmeet, who has lot of promise, Darlings is very special to all of us. Gulzar Saab and Vishal Ji have given soul to the film with the songs. We couldn’t have asked for more. I cannot wait for the audience to finally see the film.”

The release date of the film will soon be announced.

Rakhi Sawant reveals she got a call from her boyfriend’s ex, shares marriage plans

Mumbai– Rakhi Sawant, who recently confirmed she was dating Adil Khan Durrani and also posted on her Instagram that he had gifted her a BMW, has now claimed that she got a call from Adil’s ex-girlfriend Roshina Delvari. 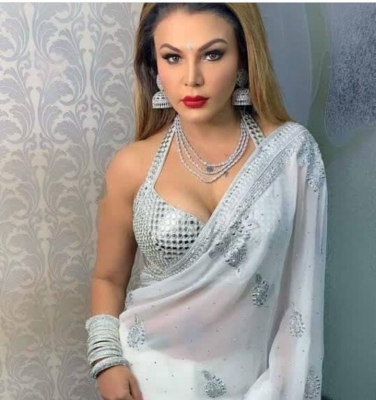 As per reports, Roshina called Rakhi and told her that she is from Mysore. She also claimed that she and Adil have been in a relationship for four years.

Roshina also shared details about the number of times she met Adil and she called Rakhi to ask her to stay away from Adil.

However, Adil has denied all such claims made by Roshina and in fact she has also refused to comment.

Rakhi told the media in an interview: “Roshina’s call to me holds no water. She did call me, but Adil is only mine. She is his ex-girlfriend. And Adil and I are going to get married.” (IANS)