‘Happy and grateful while I heal’: Shruti Haasan recovering from Covid

Chennai– Shruti Haasan, who is fast recovering from Covid, says that she is happy and grateful for all the love that’s being showered with by her friends.

Taking to Instagram, Shruti wrote, “Happy and grateful while I heal !! I’m a few cups of medicinal tea away from being A ok … I hope !

“This Covid fatigue is properly real. Vitamins, water, good thoughts and a dose of being that b will get you through anything it seems.

“Checking in to say ‘Thank you’ for all your love and I’m sending you mine. My friends have been beyond wonderful showing me that we truly choose friends as family — so much yummy khaana and love and pampering.

The actress, on Sunday, announced that she had tested positive for Covid

Mumbai– Bollywood star Ajay Devgn has stepped into the Metaverse universe with his virtual avatar inspired by ‘Rudra – The Edge of Darkness’. 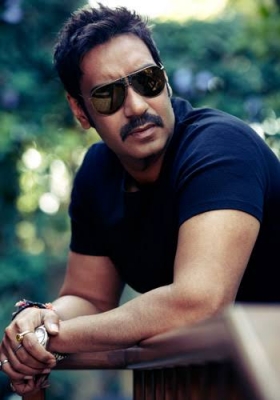 Talking about this new development, lead actor Ajay Devgn said, “The exciting and novel space of the metaverse is an all-new world. It goes beyond our wildest imagination. I have always wanted to be closer to my fans and today I can proudly say – I am there. With my avatar, inspired by my role in ‘Rudra- The Edge of Darkness’, I am marking yet another first by foraying into the metaverse with the Hotstar Specials’ series that is so close to my heart now.”

“From a digital series debut to my very first venture into the metaverse, this has been an incredible journey for me.”

Exploring the emerging intersection of the digital and physical world, the platform, in an initiative, has associated with Hungama Digital’s Web3 venture called Hefty Entertainment to create this Metaverse.

Commenting on the launch, Gaurav Banerjee, Head, Content Disney+ Hotstar, and HSM Entertainment Network, Disney Star, said, “We are thrilled to present Ajay Devgn in a never-seen-before digital avatar inspired by his character in a highly-anticipated series Rudra – The Edge of Darkness. It will be a unique presentation and an engaging content experience for our users.

“We have always strived to be at the forefront of innovation and are delighted to associate with Hungama and Hefty Verse to introduce this new form of digital experience for Ajay’s fans.”

Siddhartha Roy, CEO Hungama Digital said, “Being one of the first movers bringing Entertainment into the Metaverse, through the 3D universe hosted on our platform, we provide a stable and secure space for entertainment lovers to strengthen their relationship with their favourite celebrities.”

Hyderabad– Rana Daggubati, who appeared as Daniel Shekhar in Pawan Kalyan’s recent release ‘Bheemla Nayak’ revealed his take on the sequel to the movie. 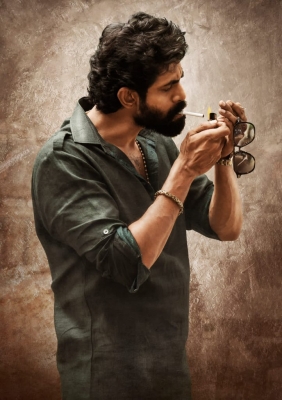 Rana interacts with the media for the first time after the movie release. The ‘Leader’ actor talks on multiple topics.

Speaking on his role ‘Daniel Shekhar’ in ‘Bheemla Nayak’, Rana Daggubati said, he is extremely happy for being appreciated for the role.

Though Rana had watched the Malayalam’s original version ‘Ayyappanum Koshiyum’, he had to unlearn a few things to reprise Prithviraj Sukumaran’s role in ‘Bheemla Nayak’.

“In Bheemla, we had to bring in that native flavor, which is different from the Malayalam’s original. My role in Bheemla Nayak is more flamboyant, and I took reference from Robert Downey Jr’s character in Marvel’s ‘Iron Man’. I could relate my Danny character with that”, Rana Daggubati said.

On being quizzed about the ‘Bheemla Nayak’ sequel, Rana said, “I don’t think Bheemla will have any sequel to it. The story quite ended where it has to”.

Rana Daggubati also mentions that his father, producer Suresh Babu, who is not very good at complimenting, had congratulated him for his work in ‘Bheemla Nayak’.

“My dad complimented me for ‘Baahubali’, and after that, now for ‘Bheemla’. He is someone who does not use superlatives or exaggerate. So, that makes it all special for me, when he appreciates”.

Mumbai– Actress and TV host Sunny Leone, who is coming up with her new web series ‘Anamika’ directed by Vikram Bhatt, says that the show presents “Sunny Leone 2.0” to the audience. 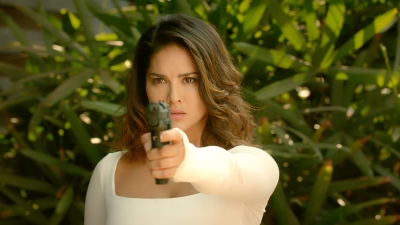 In conversation with IANS, Sunny shared, “This is a very special show for me and I am really emotionally attached to ‘Anamika’. As an audience I love watching action-drama shows and this web series has given me a chance to do both. Even though personally I am not like Anamika at all, doing those action sequences was quite exciting. This show is like the 2.0 version of myself.”

While most of the time her screen presence and glamour has been celebrated, even in those TV shows that she has hosted including ‘MTV Splitsvilla’, working on a web series like ‘Anamika’ was a very different experience.

“One of the reasons why I got so excited about the show was Vikram sir. I am not a trained actress but Vikram sir has really nurtured me as an actress. Anamika is a character that sir has visualised and from body language, expression to how to create a character from script to screen, sir has taught me everything. Earlier I was little trained in action but during the workshop for this show, I learned how to imbibe things into my body language,” said Sunny.

She further added, “The fighting was the combination of different martial art forms, as well as street fights, karate etc. How to mix these forms to build the body language of a character was a huge learning for me.”

Shiv Panditt talks about importance of teamwork in audio-visual content

Mumbai– Actor Shiv Panditt, who is awaiting the release of his upcoming web series ‘Sutliyan’, opened up about the importance of teamwork while working in a creative medium and how good camaraderie translates to great on-screen chemistry. 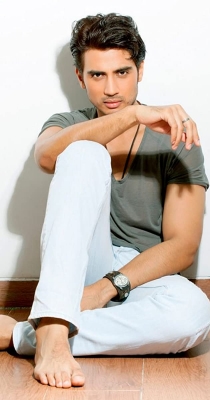 Talking about his experience of working with his fellow cast members, Shiv said, “Vivaan and I went to the same school in Dehradun so I’ve known Vivaan from before and I have worked with his mother, so, I had that bonding with Vivaan. Both Plabita and Ayesha are easy to get along with. Instantaneously we all got attached like friends and family. Of course, our Director and Producers aided us in creating that dynamic.”

Breaking down what additionally went on the sets during the show’s making, the actor further said, “However, we read the scripts beforehand and all of us met up twice or thrice to do a reading of the show. We jammed back and forth on a couple of lines, also all these guys, Vivaan, Plabita and Ayesha, are such terrific actors that on-set also we used to keep working on our scenes a couple of times and help each other out.”

“So, all the four actors in the show, including me, all came with a mindset of wanting to achieve something and making the audience believe our on-screen camaraderie. It was not like we are here and we need to do this job”, he added.

The actor is over the moon to have worked with people who share the same level of passion, “We all came with a very positive mindset to do a good job and I am very happy to have worked with such talented colleagues like Vivaan, Ayesha and Plabita who too believed in teamwork. There was support and positivity throughout and we had a good team, things sort of always became easier and better to do. So, I am very happy about that”. (IANS)