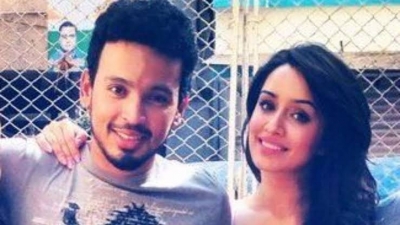 Mumbai– Bollywood actress Shraddha Kapoor, and her long-time boyfriend, photographer Rohan Shrestha, have reportedly called it quits after being in a relationship for seven years.

Shraddha, who is also Bollywood baddie Shakti Kapoor’s daughter, is known to be an extremely private person when it comes to her dating life, but it is well-known in the industry that the two have been good friends fond of each other’s company. They have been friends since their childhood and their respective families share a close association.

Rohan’s father is a well-known photographer of celebrities, Rakesh Shrestha. His mother, Jean Rodriguez, was an air hostess with Air-India.

According to media reports, Rohan was not a part of Shraddha’s birthday celebrations that took place recently in Goa. The two were said to be in an on-and-off relationship for some time.

On the work front, Shraddha will be seen in Luv Ranjan’s as-yet-untitled film alongside Ranbir Kapoor. In addition, she also has Pankaj Parashar’s ‘Chaalbaaz in London’ and Vishal Furia’s ‘Nagin’ coming up next.

Ritvik Dhanjani: All that matters in a marriage is non-judgemental communication

Mumbai– Celebrated television actor Ritvik Dhanjani, who is playing the lead role in the short film ‘Arranged’, says whether it is an arranged marriage or a love marriage set up, in a futuristic relationship, all that matters is a non-judgmental communication. 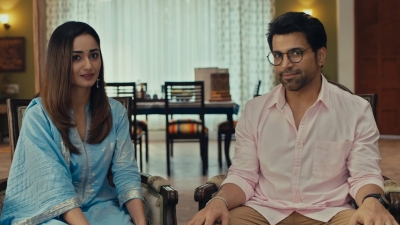 The short film ‘Arranged’ revolves around two people who meet up for their arranged marriage organised by their family.

Talking on the subject of marriage, Ritvik told IANS: “I think whenever we say ‘arranged marriage’, we tend to have a preconceived notion towards that, where we think somewhere we are getting married to a stranger. It is time we should change that. It is interesting how on one hand we have several matrimonial sites encouraging arranged marriage and then, we have our kind of love marriage.”

He went on adding, “The point is, in every relationship, we have a certain expectation and a futuristic relationship like marriage only lasts if it makes both the people in the relationship uplift, respect and maintain a transparent communication between each other. Our film intends to start a conversation on the same note.”

The film, also featuring Tridha Choudhury, is produced by Terribly Tiny Tales, directed by Ritesh Menon and releases on Amazon miniTV on March 25.

Earlier on Friday, Karan Johar, who took to Twitter, wrote, “I am so delighted and honoured to share this news with you. Dharma Productions & Fox Star Studios have acquired the rights to a beautiful, coming-of-age love story, #Hridayam in Hindi, Tamil & Telugu – all the way from the south, the world of Malayalam cinema”.

Pranav Mohanlal and Kalyani Priyadarshan starrer coming-of-age drama movie, ‘Hridayam’, became a huge theatrical hit, while it gained much more popularity after releasing on OTT. Now, the movie has made the headlines as it is going to be remade soon in other languages.

Karan Johar has acquired the remake rights for Hindi, Telugu, and Tamil languages. The makers have kept the other details about the movie’s remake under wraps for now.

Mumbai– Actress Shweta Tripathi, who was recently seen in the web series, ‘Yeh Kaali kaali Ankhein’, has started work on her next project ‘Saaf’ – a series for which she has jetted off to Kashmir to kickstart the shoot. She was intrigued about the project right the moment she got to know about its premise.

‘Saaf’ based on American series, ‘The Cleaning Lady’, is a psychological thriller, which will follow the aftermath of planned murders with a lady at the helm.

Talking about the project, Shweta said, “As soon as I heard the premise of ‘Saaf’, I knew I had to be a part of it. It is about young women trying to push boundaries and conquer both the world – personal and professional. It talks about how no one multi-tasks better than women as if they are trained to compartmentalise and compromise with a super exciting plotline.”

Further giving an insight into the project’s tone and narrative, she said: “‘Saaf’ challenges society’s set stereotypes, allowing the entire cast and me to explore more as artists. I am sure it will instantly connect with the audience and resonate with them.”

Mumbai– Bollywood superstars Shah Rukh Khan and Deepika Padukone have been shooting for a grandiose song of ‘Pathan’ in Mallorca, a Balearic Island of Spain, for the past few days. The two are now set to head to Cadiz and Jerez in Spain where they will wrap up the schedule on March 27.

A trade source reveals, “‘Pathaan’ is the first film to be shot in Mallorca, Spain. Its expensive, exquisite and luxurious setting makes it one of the best tourist destinations of the world and Siddharth Anand and YRF definitely wanted to film ‘Pathaan’ over here to achieve a level of scale that has not been seen before in Hindi cinema.”

Talking about the next leg of shooting in the Spain schedule, the source further says that the final part of the schedule will involve physically demanding action sequences.

He says, “After Mallorca, Shah Rukh Khan and Deepika Padukone will head to Cadiz and Jerez for an action schedule that is simply unreal. They will be pushing their bodies to the hilt and filming some death-defying stunts!”

The source goes on to mention that the production is looking to wrap up the schedule by March 27, ‘Pathaan’ team is aiming to wrap the Spain schedule on March 27. Sid Anand wanted a big international schedule to wow audiences and he has managed to somehow achieve his vision with YRF. SRK and Deepika are looking absolutely drool-worthy and looks like Sid wants them to scorch the big screen.”

“SRK and DP’s pairing has delivered historic blockbusters and there is a definite intent by the makers to make ‘Pathaan’ their biggest film to date”, the source concludes.

‘Pathan’, which marks SRK’s comeback to movies after almost four years, will see him essaying the role of a spy. The film, directed by Siddharth Anand and produced by Yash Raj Films, also stars Deepika Padukone and John Abraham. Earlier, the film’s teaser gave an insight about its premise and the titular character with SRK appearing in a silhouette, generating a massive hype. (IANS)